Today, Brian Krebs has published the story of 2 of the guys behind Mariposa, and how they tried to be hired by… me! Yes, that is true 🙂

They really got pissed off, or at least it seems like that, as some hours later “someone” tried to pose as me in Twitter. My Twitter name is Luis_Corrons, and the fake account was Iuis_Corrons. It started following all of my followers… including myself 🙂 : 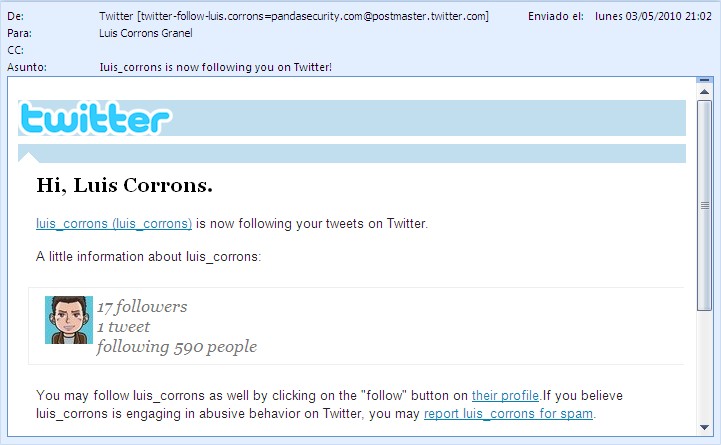 As you can see, he was also using my avatar. Twitter has been really fast, and has already suspended the account: 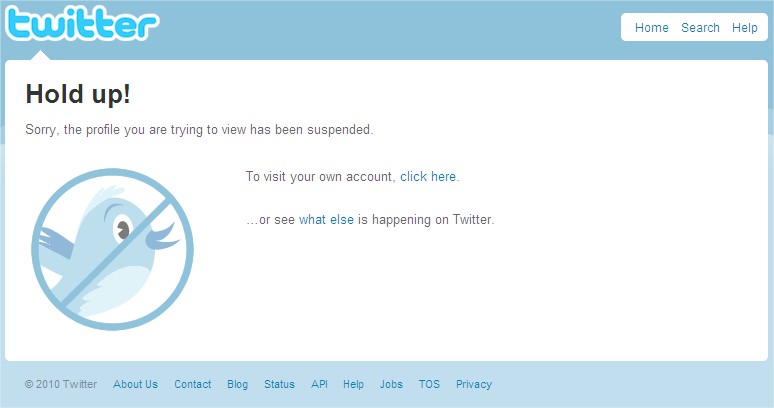 Bets are opened! I would say it is Netkairo, though I really don’t mind. Some people over here say that I should be careful, as Netkairo lives near here and has already visited me twice. But Nerea, my wife, has told me that I don’t have to be worried, as she has increased my life insurance policy 😉

In a few days I will publish here the original story, so you can know all the details and what kind of guys they are…