You’re about to visit our web page in Español
Would you like to continue?

If this is not what you’re looking for, Panda Dome for all your devices with -50% Off 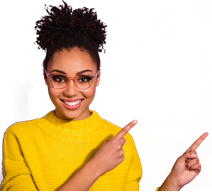 Only available for 48 hours!

Welcome to the Virus Encyclopedia of Panda Security.

At a glance Tech details Solution

Downloader.VBS allows hackers to get into and carry out dangerous actions in affected computers, such as capturing screenshots, stealing personal data, etc.

It avoids being detected by the user by using the following techniques:

It captures certain information entered or saved by the user, with the corresponding threat to privacy:

It reduces the security level of the computer:

Downloader.VBS does not spread automatically using its own means. It needs the attacking user's intervention in order to reach the affected computer. The means of transmission used include, among others, floppy disks, CD-ROMs, email messages with attached files, Internet downloads, FTP, IRC channels, peer-to-peer (P2P) file sharing networks, etc.

Downloader.VBS has the following additional characteristics:

ARE YOU FACING ANY PC OR INTERNET RELATED PROBLEMS?
FREE SUPPORT INCLUDED. CALL US 24/7