Have you ever noticed that your phone gets hot, but never knew why? Although it’s not uncommon for your phone to get warm when it’s overused, an unusually high temperature may be indicative of a larger problem.

There are a number of reasons for an overheated phone, so it’s important to think through them and figure out what might be causing it so you can ensure that it’s performing well and will last you longer. Read on to learn some of the most common reasons your phone gets hot, how to troubleshoot an overheated phone, and how to prevent overheating in the first place.

Why Do Phones Get Hot? 7 Likely Causes

Various factors cause a phone to get hot and they generally have varying levels of severity. Your phone may be hot from direct sunlight, running too many apps, malware, faulty charging equipment, internal damage, blocked ventilation, or old hardware.

We explain the different causes for an overheated phone to help you understand the problem and prevent it in the future.

If you’ve ever left your phone out on a sunny day, you may have been shocked to find out it was very hot to the touch. Direct sunlight is a common culprit of an overheated phone—so cover your phone from the sun while you’re outdoors.

Aside from prolonged, direct contact with the sun, your phone might also overheat after sitting in a warm environment for long periods of time, such as in your car on a hot summer day.

Smartphones are basically just miniature computers, but a key difference between the two is that computers have internal fans to keep them cool and phones do not. Although smartphones are great at diffusing heat for everyday use, there’s a limit to what they can handle. If you have too much running on your phone at once, it can overload the processor and cause it to overheat.

Below are some examples of what might trigger an overloaded processor:

Sometimes your phone seems to be overheating for no identifiable reason. If you know you haven’t left your phone in a warm environment and aren’t overloading the phone’s processor with lots of apps, the issue could be malware on your phone.

Just like desktop computers are susceptible to online viruses and malware—which will sometimes cause the computer’s processor to overload and shut down—the same can happen to your phone. You may have malware planted in your phone that keeps apps, widgets, and other harmful processes running in the background that strain your phone’s processor.

When there’s too much strain on your processor, it gives off more heat. Use this guide to remove malware from your device and to stop it from overheating in the future.

Damaged or faulty chargers, cables, and batteries are capable of heating your phone to dangerous levels. If you’re using charging equipment and notice a burning smell, scorch marks, or melting plastic, stop using it immediately. Be careful not to burn yourself when unplugging it from your phone or the electrical socket.

Replacing your faulty equipment or battery as soon as possible should resolve your overheated phone. It’s best to only use good quality charging accessories, especially the original cables and chargers if you still have them.

5. Your Phone Has Internal Damage

If your phone has other internal damage aside from the battery, this can cause it to overheat too. It’s not uncommon to drop your phone, but doing so may result in loose parts that short circuit and overheat your phone. Other damages to your phone’s thermal paste may render it ineffective at transferring heat from the processor.

Your phone uses its charging port as ventilation, and if this gets blocked by debris, it may cause your phone to get hot. The blocked ventilation in combination with a hot summer day or too much time spent in direct sunlight are likely to make your phone overheat. You can try cleaning the charging port carefully with a cotton swab or toothpick.

7. You Have an Older Phone

Consider taking breaks if you plan to use your phone for a long period of time or turn off features that you don’t need to use like Bluetooth to give your processor a break.

How to Diagnose Your Phone’s Temperature

It’s important to remember that all phones get hot to some degree, but how do you know when the temperature is cause for concern? Typically, your phone’s internal temperature will range from 98.6 to 109.4 degrees Fahrenheit when operating normally.

Here are a few tips to figure out if your iPhone or Android’s temperature is out of the ordinary.

For iPhone users:
There’s no way to get a temperature reading on an iPhone, but you can use the Battery Health feature to view information about battery usage and what apps are draining the most battery.

Tip: In Battery Health, check if your battery is worn by looking at the Maximum Capacity and Peak Performance Capability. If it’s operating at less than 100% or isn’t operating at normal peak performance, your battery may need replacing.

For Android Users:
Similar to an iPhone, you can’t measure the temperature of your Android right from your phone. You can use an app called AIDA64 to give you important details on your phone’s hardware and software, such as how much RAM you’re using, how fast your CPU is having to run, and how hot your phone is.

Use the steps below to check out the battery usage on your Android.

How to Cool Down Your Phone

If you find yourself with an overheated phone, there are some simple steps you can take to troubleshoot it. Try the following to get your phone back in working order.

If your phone overheated because it was left out in the sun, remove it from the sunlight as soon as possible. As long as it remains under the sun’s rays, it’s unlikely that it will be able to cool down.

That said, don’t put your phone in the freezer—some think this will bring the phone’s temperature down faster, but drastically changing the temperature from hot to cold can cause further damage to your phone. Instead, just bring it inside in a cool dry place and leave it alone for a few minutes, and it should return to normal.

Airplane mode can help combat an overheated phone because it turns off all non-essential programs that might be running in the background. This may speed up the cooling process.

Another option is to completely turn your phone off, which is one of the fastest ways you can get your phone’s temperature back to normal.

Close Out Your Apps and Keep Them Updated

Running a ton of apps in the background can push your phone to its limits. If it’s overheated, close all your apps down until the temperature returns to normal.

Additionally, if you haven’t updated your apps in a while, it’s a good idea to do so. Many app updates tackle bug fixes that can improve the efficiency of your phone and keep the processor from overloading in the future.

Take the Case Off

Phone cases are critical for protection from physical damage, but many of them have poor ventilation. They can actually trap the heat in your phone and interfere with it cooling down. If your phone is overheated and you have it in a case, take the case off to help bring the temperature down.

Place It Next to a Fan

How to Prevent Your Phone from Overheating in the Future

If you want to avoid your phone overheating, there are a few simple precautions you can take. Use these preventative measures to stop your phone from getting too hot and becoming unusable.

If your phone has ever overheated for no apparent reason, you may want to investigate some of your apps. One or more of them could have a bug that’s causing your phone to overheat. To keep your phone performing optimally overall and to prevent overheating in the future, it’s best to always keep your apps and phone settings updated.

Unused apps running in the background cause your phone to work harder than it has to and strains the battery and phone processor. This can result in overheating. It’s a good idea to regularly clean out your phone of any unused apps or downloads that are weighing your phone’s processor down to prevent overheating in the future.

In addition to this, using the incorrect charger for your phone can also contribute to overheating.

Some chargers are designed for stronger phones, and if you use a charger that’s not suited for your particular phone model it can cause battery damage and overheating. The main thing to make sure of is that the input of your phone is the same as the output of the charging adapter you’re using.

Certain phone settings, like high brightness, GPS, or Bluetooth, can keep your phone’s battery processor in overdrive unnecessarily and lead to overheating. To avoid this, remember to turn energy-draining settings off to preserve your phone’s energy and keep it cool.

Use an Antivirus Software

Sometimes overheating is caused by malware that’s been downloaded on your phone or bugs in your apps. Using antivirus software is one of the best ways to protect your phone from overheating as well as from data and security breaches.

While an overheated phone may seem like cause for concern, it usually takes a quick fix to get your phone back in working order. Don’t leave your phone out in hot environments and limit how many apps and programs you have running on your phone at once to avoid overheating.

Most importantly, protect yourself from malware and other cyber threats by having the proper antivirus software installed on your smartphone and computer. 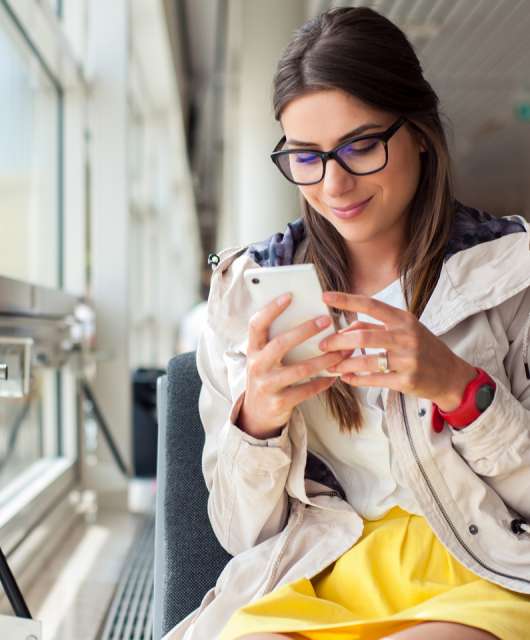 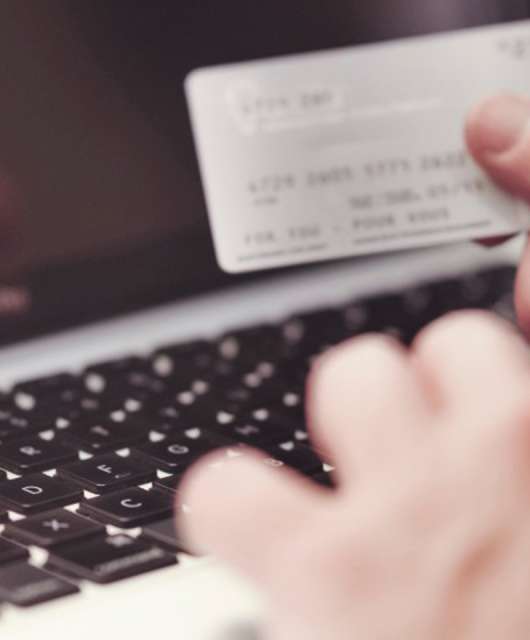 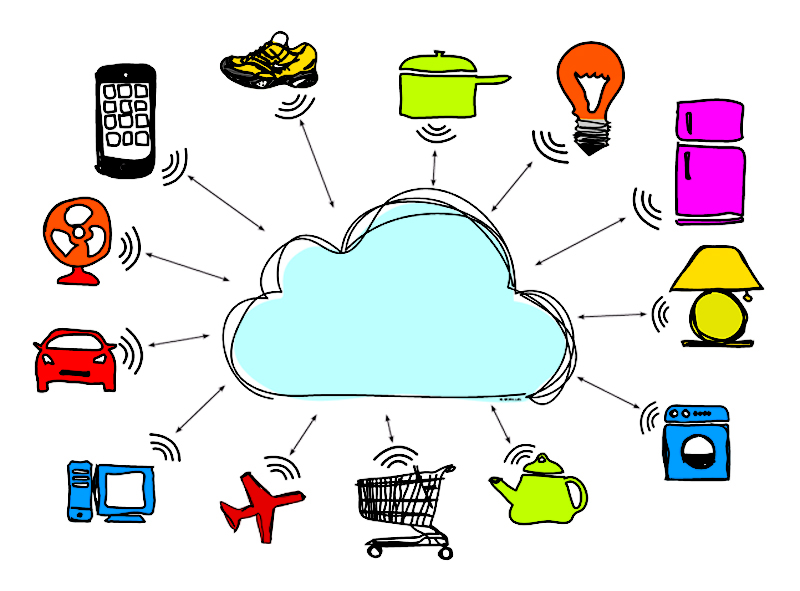 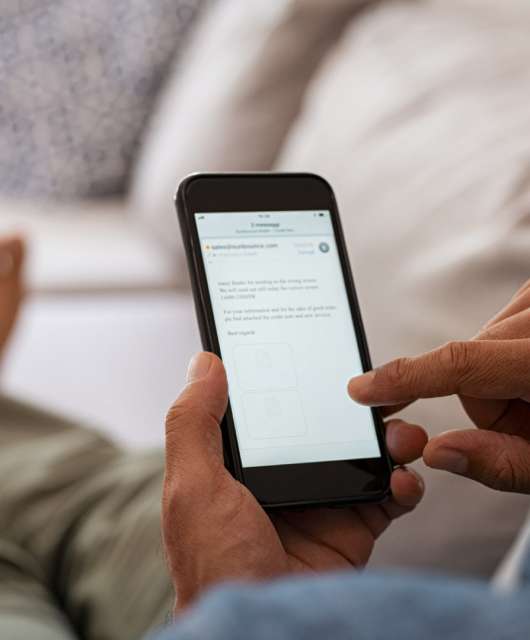