In the last two days our lab has detected a flood of email messages that seem to have been sent by the Facebook team urging users to submit a new account agreement. Weâ€™ve seen around 16,000 since yesterday.

The subject of the message is UPDATED ACCOUNT AGREEMENT and the attached file is called AGREEMENT.ZIP. 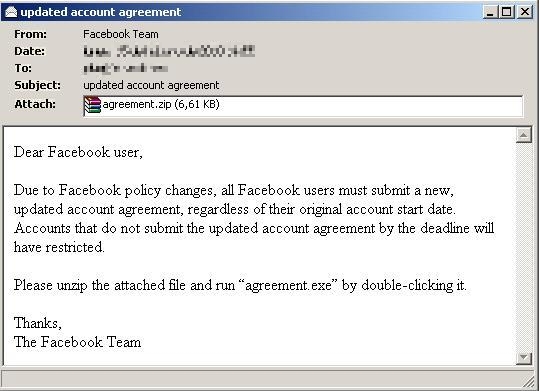 Users are required to submit a new account agreement before a certain date. If not, their Facebook account will be restricted. The message also contains detailed instructions on how to do it.

Weâ€™ve seen this type of menacing messages other times before, for example withÂ  Hotmail or MSN Messenger accounts. But now that Facebook is so popular and is continuously undergoing changes and updates, this is a good way to trick users.

Perhaps many people think itâ€™s not true but, just in case, letâ€™s try and see what happensâ€¦

And what happens is that if you follow the instructions given in the email and run the file â€œagreement.exeâ€, youâ€™ll be installing the rogue antivirus SecurityTool in your computer.

This program not only displays annoying warning infection messages like many others, but also prevents the executable files from being run and hides the icons of the Desktop, not allowing you to work with the computer.

So, donâ€™t trust any message like this and be sure that if the Facebook team wants to inform users of any changes or update that require their collaboration, theyâ€™ll be published in your Facebook account. 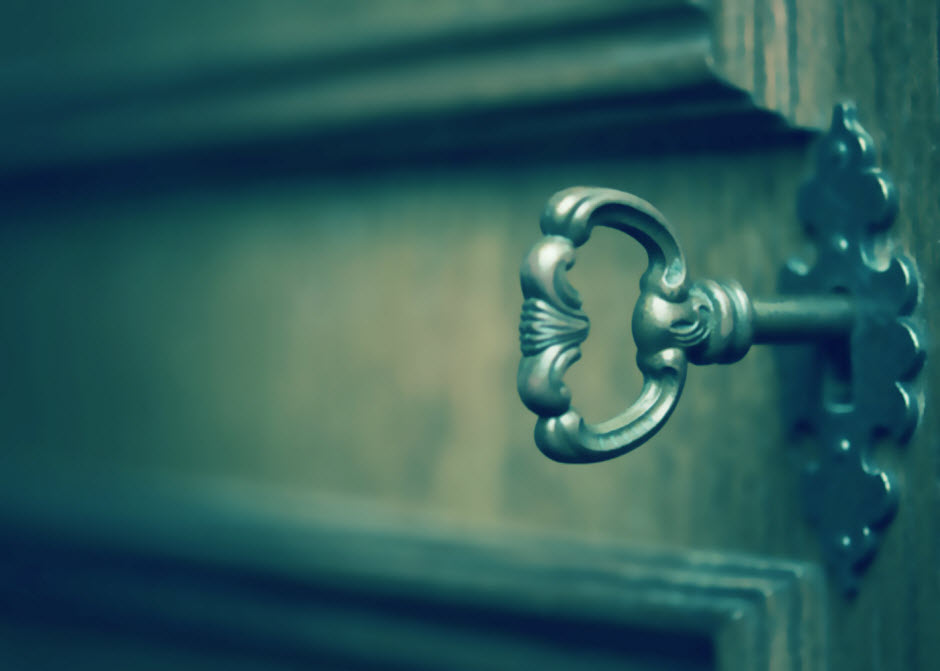