Over the last few months, millions of threatening emails have been distributed to users from all over the world. Starting with Germany, through the UK and mainly in the USA and Canada, anonymous cybercriminals have been targeting predominantly westerners with phishing emails. The messages usually claim that the potential victim has been recorded without their consent in their own time. And those recordings will be shared with friends, family, and co-workers unless the victim agrees to pay a ransom. The criminals usually provide their potential victims with instructions how to buy and send payments using various cryptocurrencies.

What to do when you receive such email?

One of the best things that you can do when you receive an email that tries to blackmail you is to ignore it. Quite often, when you read the email, you will see that the message is not personalized, and it is just a mass email. In most cases, ignoring the email is the best thing you can do. If you feel that the email is pretty real and you are concerned, you are more than welcome to bring it to the attention of your local police authorities.

What NOT to do when you get such an email?

Just don’t open the email. If you receive such letter in your inbox all you have to do is delete it and move forward with your life. However, in the unlikely event of you opening the email, we advise you not to pay the ransom. Paying the criminals may not be your only problem – wiring money to strangers can also get you a visit from the FBI as you may be sponsoring a terrorist group. You never really know who takes your money, so the best solution is always NOT to pay them. Confronting the hackers is not a good idea too – by telling them names or interacting with them, you are simply a painting bull’s eye on your back. Last thing you want is to attract the attention of the hackers.

Another critical point is not to take the messages personal – they send millions of emails every day. They most likely do not know who you are, and your email was just in their spam list. Briefly, avoid opening the emails and if you for some reason do it, never click on any of the links in the email body nor the attachments.

Who is behind those extorsion emails?

It is currently unknown if the attackers are state-affiliated hackers or lone wolfs. However, what is known is that whoever they are – they are money hungry and technically proficient at executing such large-sized campaigns without any repercussions. Nowadays we live in a modern world where hackers can be either in the house next to you, a remote island in the Caribbean or the middle of the Amazon rainforest in Brazil.

How did they target you?

A question that we commonly hear is how those blackmailers even find your email addresses and target you. Over the last few years, there have been multiple data breaches, and hackers have stolen billions of emails. Often those email databases are sold on the dark web, and almost anyone can go and download a list and set up an email campaign. Even though that those phishing emails are generally easy to spot, when criminals send a few million emails, one or two people fall for the trick. Hackers rely on the fact that a tiny percentage of the people who receive the email, will follow the instructions and wire money their way.

Some of the major email service providers such as Gmail and Yahoo are doing pretty well on filtering such emails. So it is safe to say that a considerable percentage of the fraudulent emails sent yo you, never really reach you because of those filters. However, hackers are getting more and more creative. If you wish to be protected a bit more, your best solution is to install premium antivirus software on all connected devices you own.

High-quality antivirus software usually comes with filters that would prevent you from even seeing such emails. So briefly, a common sense, a good antivirus software, and a fully updated OS on all your devices should make you a pretty hard target for the cybercriminals. Most antivirus software solutions allow you to backup all your files too – so if you end up being infected, all you would have to do is load the backup. 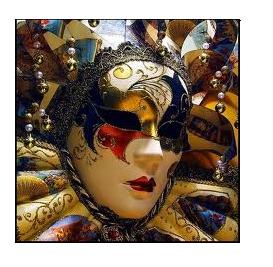