A man-in-the-middle (MITM) attack is a type of cyberattack where attackers intercept an existing conversation or data transfer, either by eavesdropping or by pretending to be a legitimate participant. To the victim, it will appear as though a standard exchange of information is underway — but by inserting themselves into the “middle” of the conversation or data transfer, the attacker can quietly hijack information. 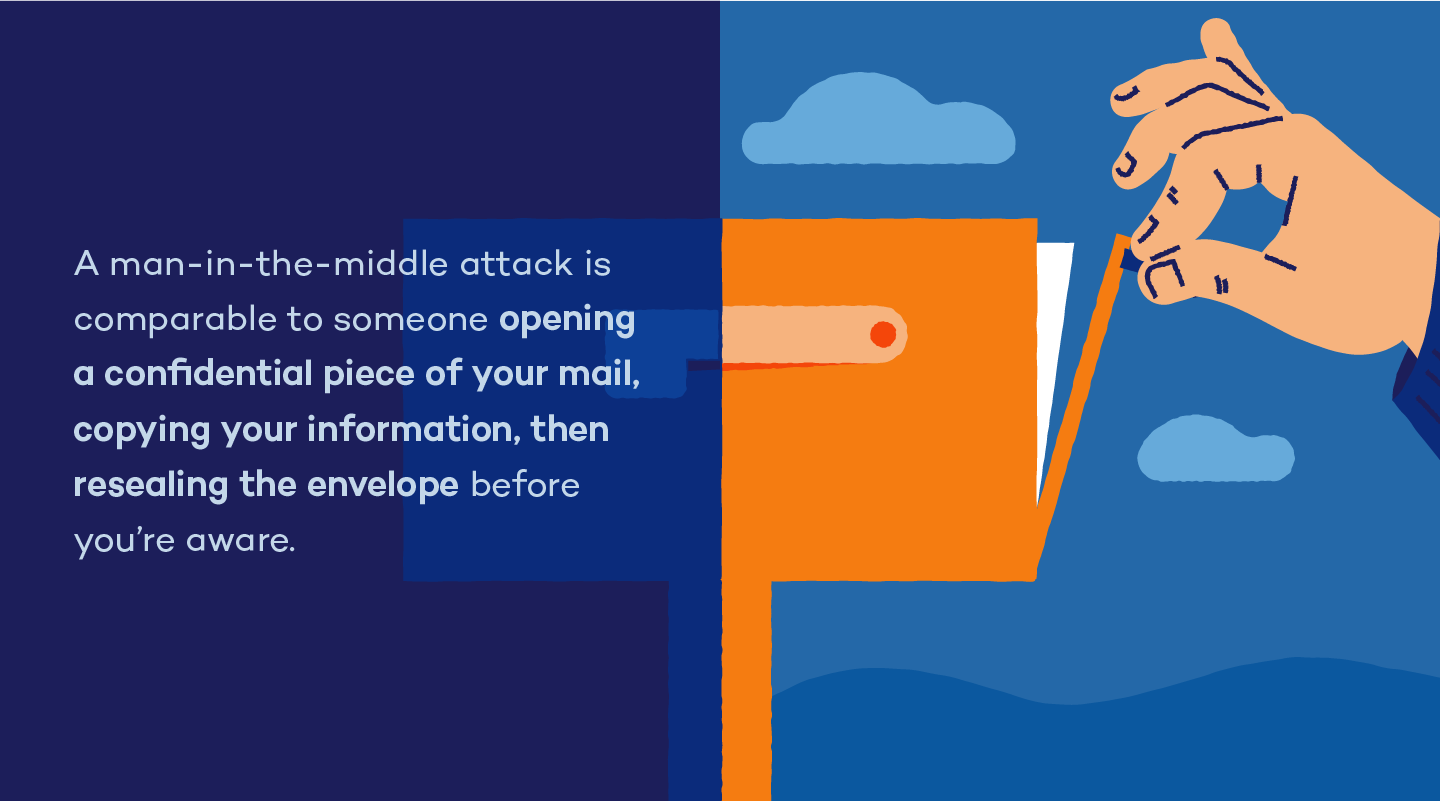 The goal of a MITM attack is to retrieve confidential data such as bank account details, credit card numbers, or login credentials, which may be used to carry out further crimes like identity theft or illegal fund transfers. Because MITM attacks are carried out in real time, they often go undetected until it’s too late.

The Two Phases of a Man-in-the-Middle Attack 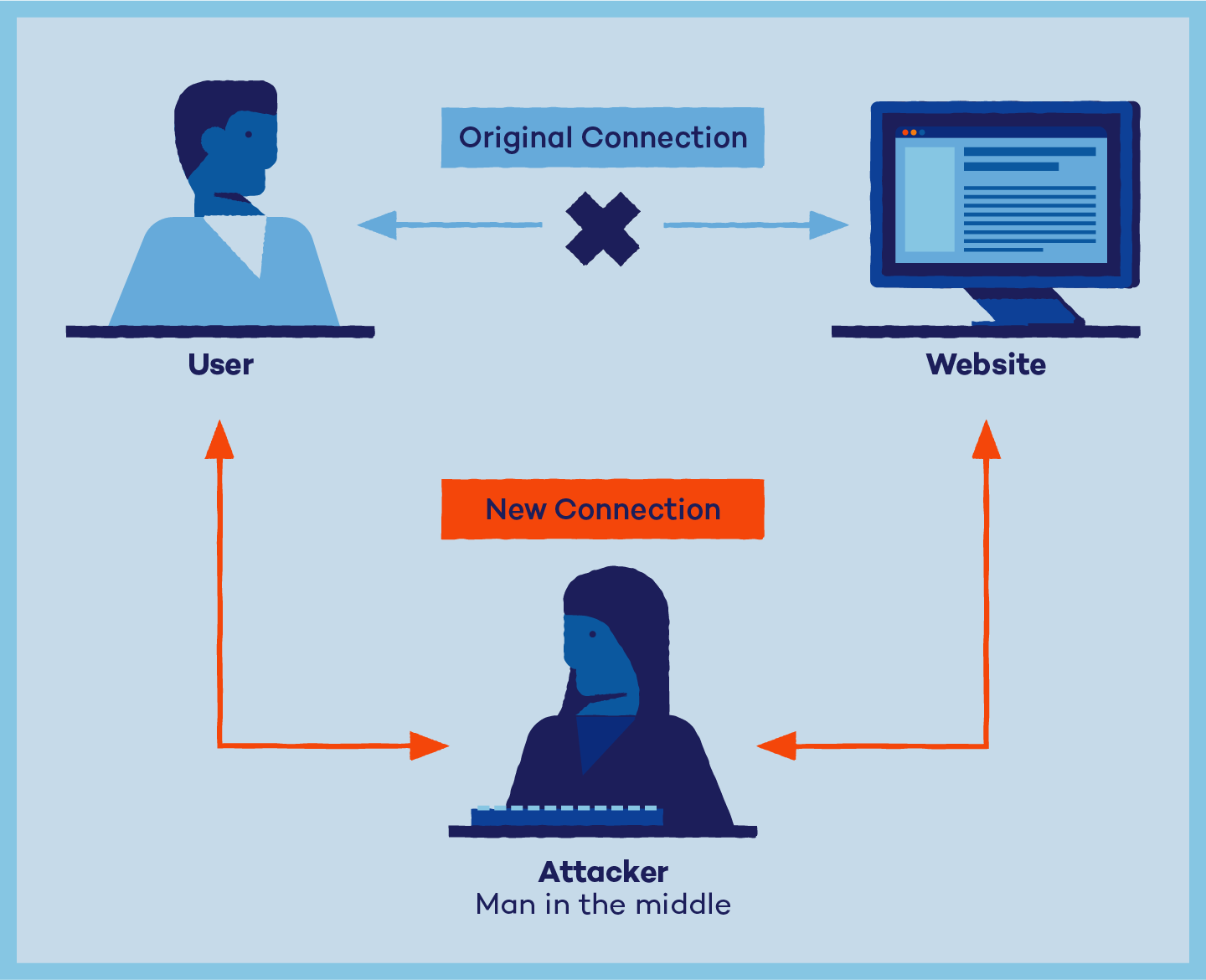 Interception involves the attacker interfering with a victim’s legitimate network by intercepting it with a fake network before it can reach its intended destination. The interception phase is essentially how the attacker inserts themselves as the “man in the middle.” Attackers frequently do this by creating a fake Wi-Fi hotspot in a public space that doesn’t require a password. If a victim connects to the hotspot, the attacker gains access to any online data exchanges they perform.

Once an attacker successfully inserts themselves between the victim and the desired destination, they may employ a variety of techniques to continue the attack:

A MITM attack doesn’t stop at interception. After the attacker gains access to the victim’s encrypted data, it must be decrypted in order for the attacker to be able to read and use it. A number of methods might be used to decrypt the victim’s data without alerting the user or application:

Real-World Examples of a MITM Attack

There have been a number of well-known MITM attacks over the last few decades.

How to Detect a MITM Attack

If you’re not actively searching for signs that your online communications have been intercepted or compromised, detecting a man-in-the-middle attack can be difficult. While it’s easy for them to go unnoticed, there are certain things you should pay attention to when you’re browsing the web — mainly the URL in your address bar.

The sign of a secure website is denoted by “HTTPS” in a site’s URL. If a URL is missing the “S” and reads as “HTTP,” it’s an immediate red flag that your connection is not secure. You should also look for an SSL lock icon to the left of the URL, which also denotes a secure website. 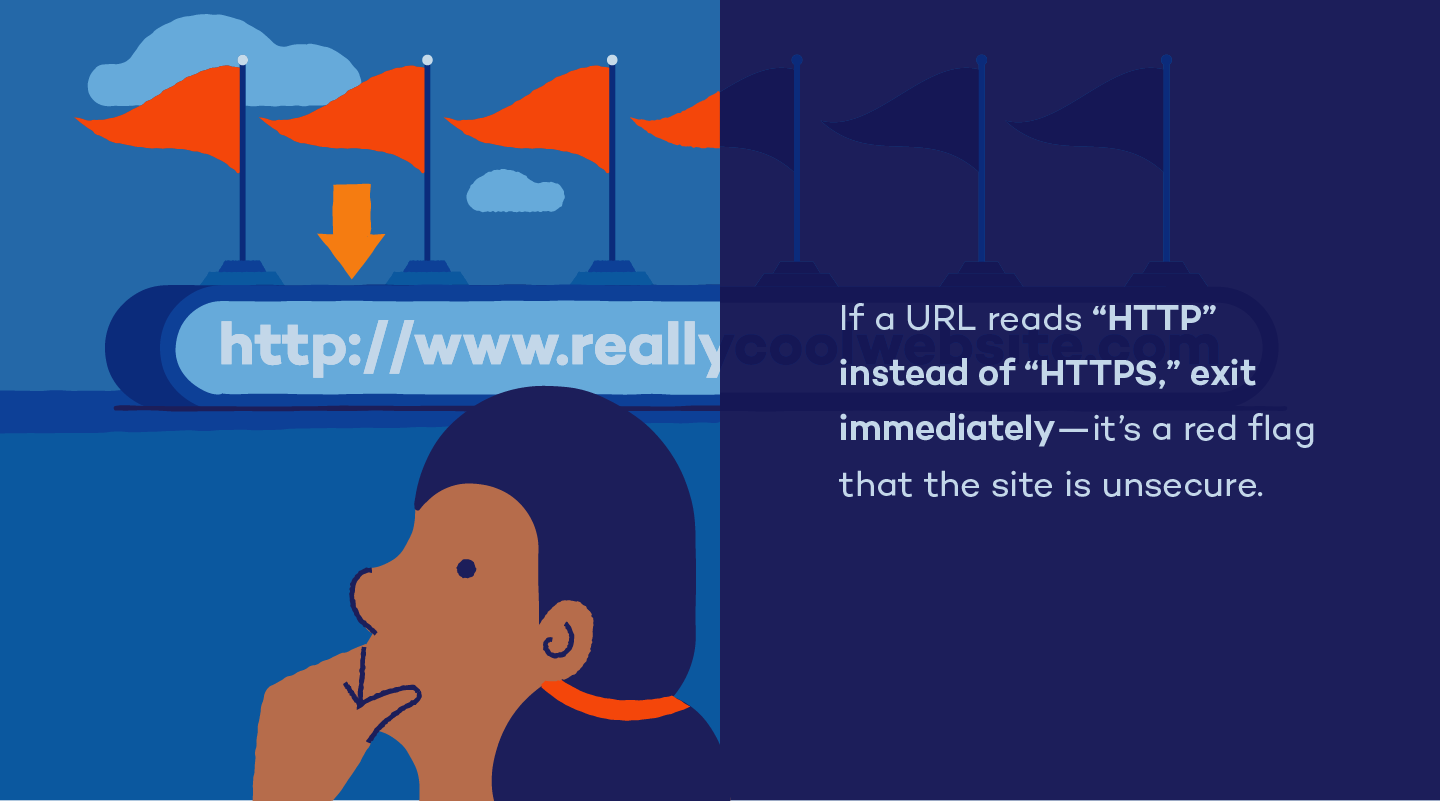 Prevention and How to Prepare

While being aware of how to detect a potential MITM attack is important, the best way to protect against them is by preventing them in the first place. Be sure to follow these best practices:

As our digitally connected world continues to evolve, so does the complexity of cybercrime and the exploitation of security vulnerabilities. Taking care to educate yourself on cybersecurity best practices is critical to the defense of man-in-the-middle attacks and other types of cybercrime.  At the very least, being equipped with a strong antivirus software goes a long way in keeping your data safe and secure. 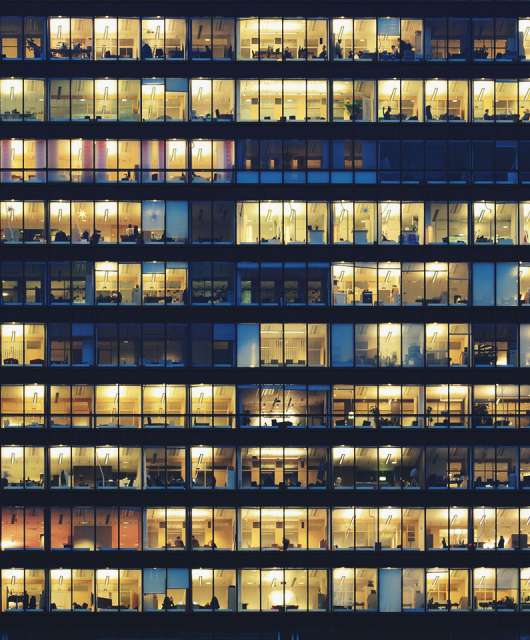