Panda Security,The Cloud Security Company, has identified fake profiles for many celebrities on Twitter. Twitter has more than 500 million users, many of them famous singers, movie stars, soccer players or politicians. However, not all of their profiles are authentic. Many of them are fake, created to attract visitors and followers for a range of purposes, although many of these profiles are created by the fans of the person concerned.

According to Luis Corrons, technical director of PandaLabs, “soccer stars like Cristiano Ronaldo have many fake profiles on Twitter, some of them with more than 15,000 followers and which include the word official, although the tweets are in Swahili.” 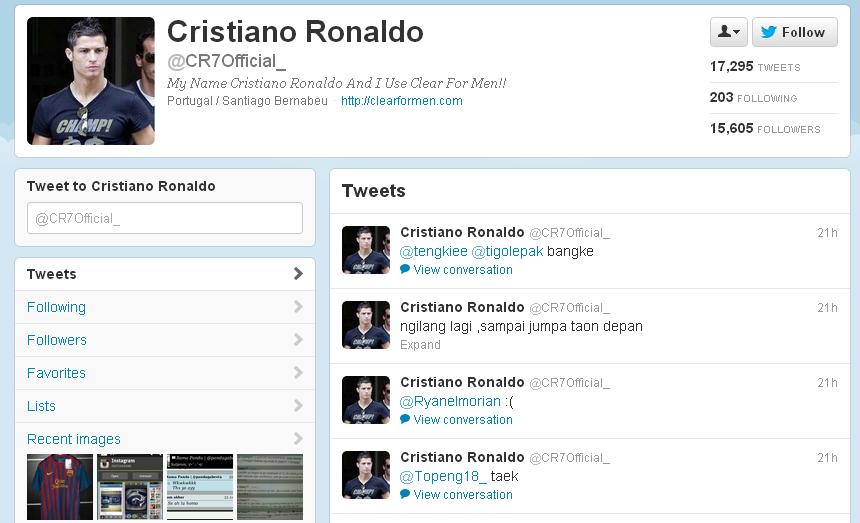 The President of the United States, Barack Obama, also has a fake profile on the social network. Although the bio of his fake profile includes a link to a Russian page, more than 91,000 are following him. 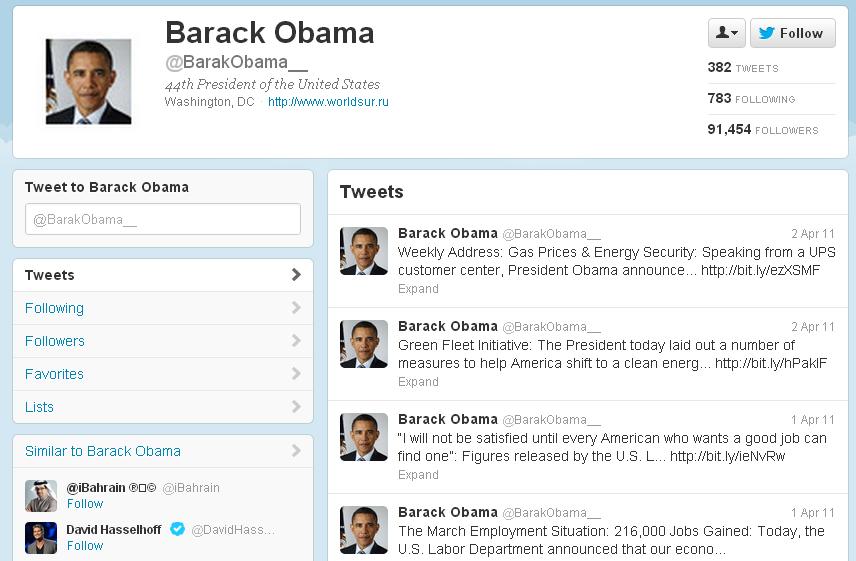 However, the undisputed king of fake profiles at the moment is teen idol Justin Bieber. The young artist has many fake profiles created by his fans, yet others have been created that do not have such innocent objectives. It seems that simply including the singer’s name in a Twitter profile is synonymous with an avalanche of followers. Some of his profiles, with just two tweets from over three years ago, have more than 491,000 followers. 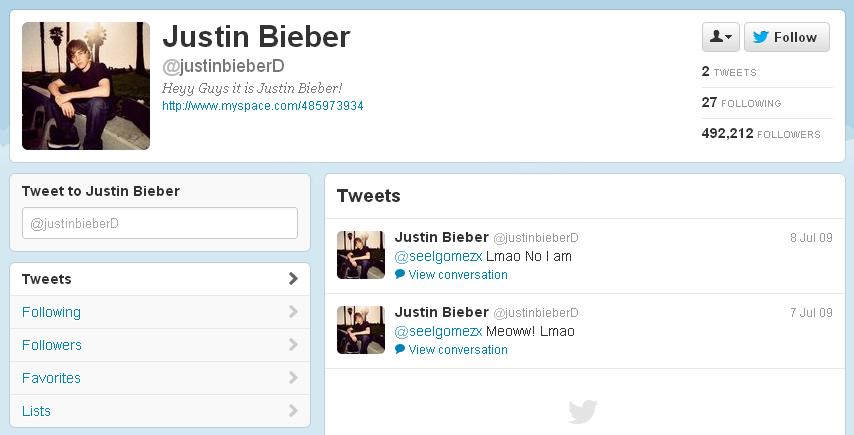 “Due to its huge popularity, Twitter is one of the social networks on which more attacks are launched to compromise the security of users’ computers. Cyber-criminals take advantage of the popularity of some celebrities to attract followers to whom to send malware and spam through their tweets,” says Luis Corrons, technical director of PandaLabs. “If you have received this type of message from the account of a celebrity that you follow, it is advisable not to open it under any circumstances, unfollow the sender of the message and scan the computer using an antivirus.”

Twitter considers impersonation on its platform a violation of its rules: “Twitter accounts that impersonate someone or an entity in order to confuse and deceive could be permanently suspended according to Twitter’s Impersonation Policy.” Although it also states that parody accounts are permitted provided that it is clear in the account profile that it is a fake identity.

In order to avoid these types of situations, Twitter has a blue verification badge, which is displayed in profiles that have been verified as authentic by the social network. The verification badge helps users to discover sources of high quality information and to trust that the tweets sent from an account come from a legitimate source. The badge will appear in the top right of the user profile just above the name, location and bio. If it appears anywhere else on the profile page of a user (such as in the avatar or in the background) then the account has not been verified. Twitter is constantly proactively verifying accounts, focusing on the most searched for users and does not accept verification requests from the general public.