The technologic efficiency of Panda Security’s solutions has once again earned top marks from the independent testing laboratory AV-Comparatives, in their first comprehensive evaluation of the year. The Spanish cybersecurity firm finds itself at the top of the heap with other world-class security solutions, having been placed in the highest certification tier, Advanced+, in this new edition of the Real-World Protection Test. 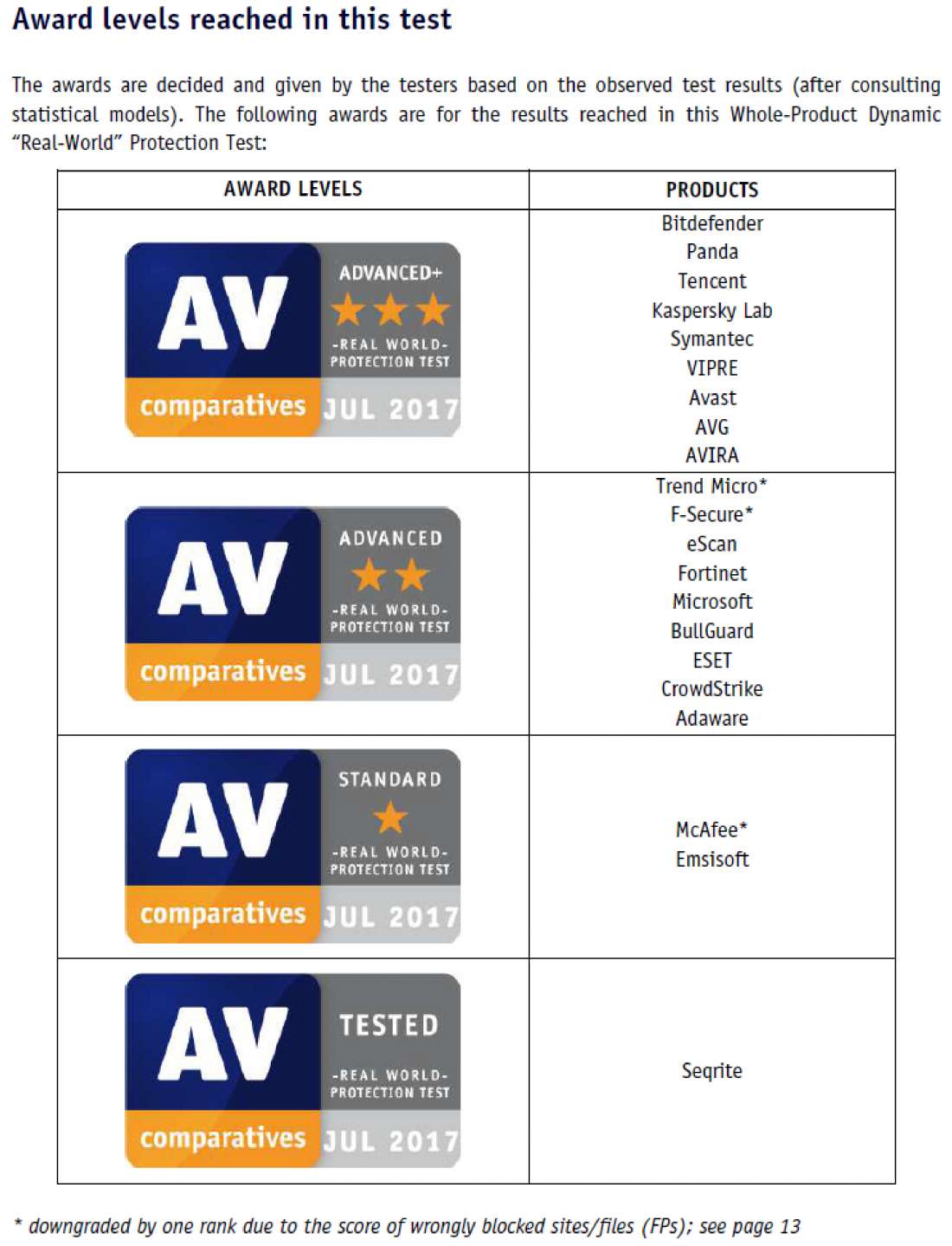 The 21 leading cybersecurity firms in the world included in the test have undergone, on an individual basis, a total of 1995 tests in the period from February to June 2017.

Testing in a real-world environment

Just as the nature of threats changes, evaluating solutions designed to counter these threats also changes. Techniques such as social engineering play a key role. Malware is increasingly focused on users — for example, tricking them into visiting infected web pages, installing malicious software, or opening emails with infected attachments. The perimeter is where the user is, so keeping it protected is probably the biggest challenge for security barriers. Also to be taken into consideration is the use of exploits as an infection vector, a method which remains extremely popular, as we saw with WannaCry. Because of this, AV-Comparatives focuses on using the same attacks that users face in the real world in order to evaluate the effectiveness of security solutions, so that users can then make an informed decision about who they’re going to trust to protect their most precious data.

It’s just as important for solutions to protect users from malicious programs as it is for them to correctly detect innocent programs. A solution that blocks good software from running could hinder the normal workflow of users’ computers. Obviously, the consequences are not quite as serious if a file from an unknown program is blocked erroneously, as opposed to a tremendously popular one. They solve this issue in the test by classifying programs according to their prevalence: “very low”, “low”, “medium”, and “high”. Solutions that fail in this section due to the number and severity of false positives given are automatically downgraded.

In this rigorous and dynamic testing environment, Panda Security’s solution achieved a 99.8% protection rate. “We are truly proud of Panda’s results in these tests, as we are harvesting the fruits of a years-long labor to create the most advanced protection technologies in the world,” commented Luis Corrons, Technical Director of PandaLabs. “Having a good detection rate for malware is very simple if you detect everything that moves, as Trend Micro does for example, which was downgraded because of the huge amount of false positives it turned out.”

“The same thing can be said,” continued Corrons, “if your solution achieves a low ratio of false positives: it’s as simple as not detecting anything at all. Only one of the solutions had 0 false positives — Adaware — but it is also the one that had the highest failure rate when it came to detecting malware.”

“If you somehow manage to have a lot of false positives and at the same time detect very little malware ­— as was the case with Microsoft, McAfee, and Symantec — that’s a different story altogether.”

“The trick is to find a balance. Out of the twenty-one solutions tested, only four gave no false positives within the low to high range: Adaware, ESET, Kaspersky, and Panda. And the solution that detected the most malware was Panda, which places us at the forefront of global security solutions. ” 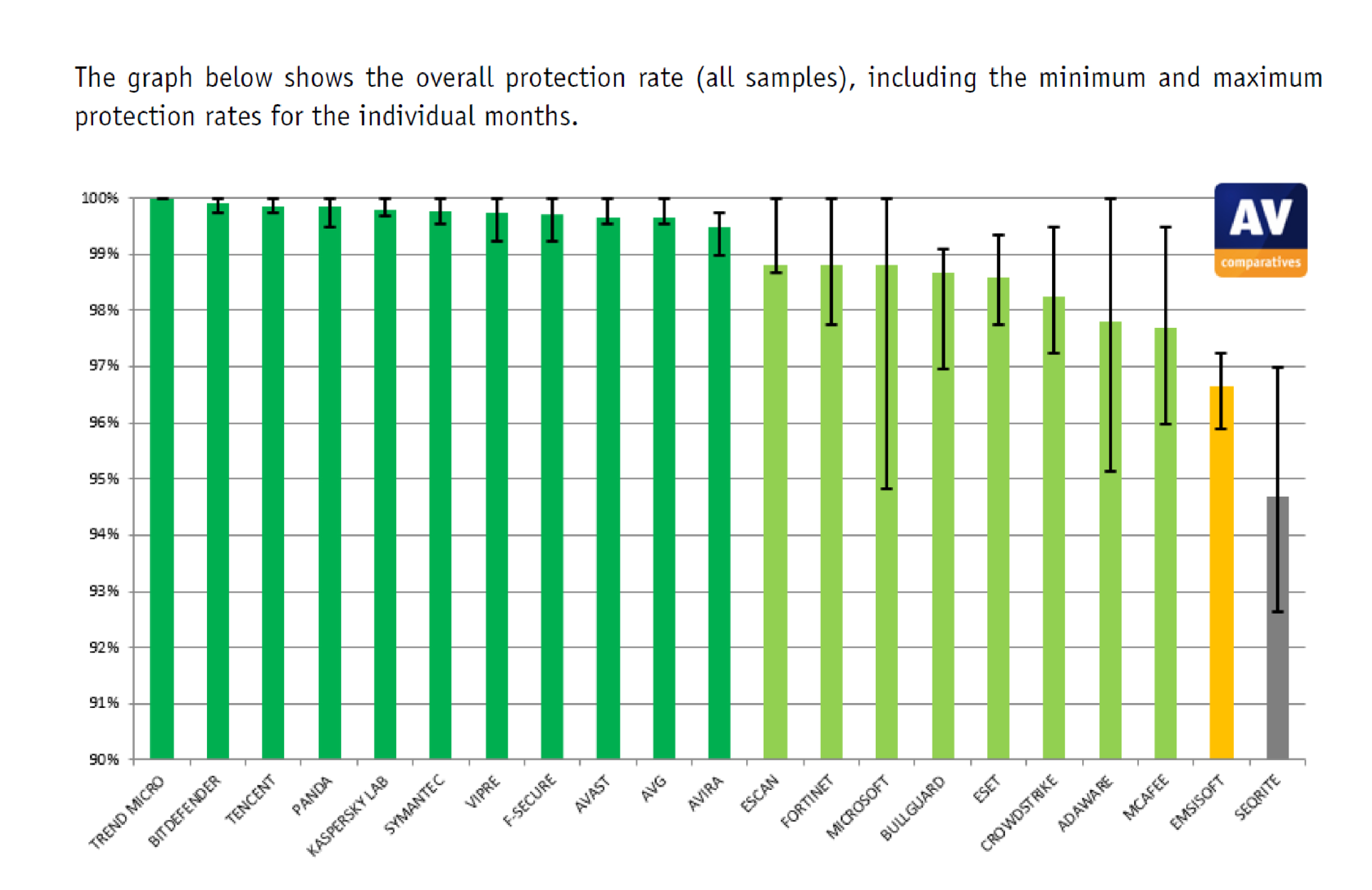 These favorable results, which Panda has been consistently getting over the past months, demonstrate once again the high security standards offered by Panda’s solutions. 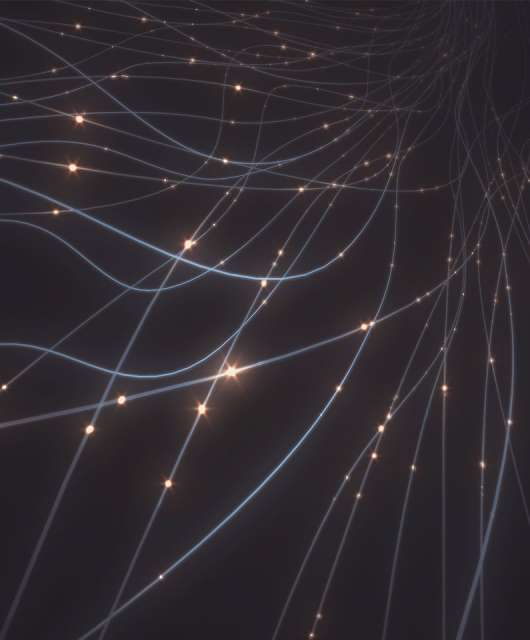