This weekend, while the Anonymous people were DDoSing the Spanish Police web site in what they call “peaceful protests” (are they ignorant or just cynical?) another news came out: the International Money Found was hacked, and had been compromised for months. Shocking news 🙂

As soon as it was made public all media start talking about that, being in the front page of every news site. Even though there are no details on the attack, speculation started talking about a “foreign country” being behind the attack, many fingers pointing at China (as usual :)) and talking about cyberwarfare. It makes sense that such an institution can be a target, even though 187 countries belong to the IMF they could want to have a VIP access to obtain certain information.

But it also makes sense that this is not a targeted attack. Imagine someone working for the IMF (let’s call him Dominique, just a random name) enjoyed watching hot girls, went to some website of questionable reputation 😉 and tried to install some video codecs to watch some video, getting infected with a Zeus like Trojan. Since that moment, Dominique’s computer was compromised, and his personal info -well, better said ALL the information he had access to- was being stolen.

This happens everyday in thousands of computers. So we’ll have to wait until some real information is disclosed, meanwhile take care or you could be the next Dominique! 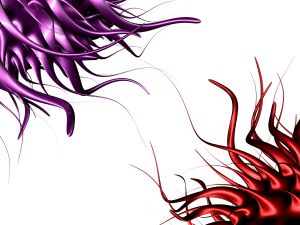