I started writing this blog post 10 days ago, but then the terrible earthquake happened in Japan, so I decided to postpone it. Now things have calmed down; however the disaster has been huge, and thousands of people have lost their life due to the tsunami that came after the earthquake. But one thing that has surprised everybody around the world is the way the Japanese people have reacted: no massive panic on the streets, but people reacting as they should. And this is just one of the reasons that explain my love for Japan.

When I got a message a year ago talking about a project to write a security related book from a Japanese perspective, I was really excited. The plan was to tell the history of the main computer viruses, and they wanted my advise on choosing the 30 major malware in the history and special support so that they can create each “Virus Girl” representing the characteristics of each malware. My answer, as you can imagine, was fast and short: YES 🙂

I have been sending information about the different threats, and a year later the book has been published. I have received a copy of the book this morning from Tokyo: 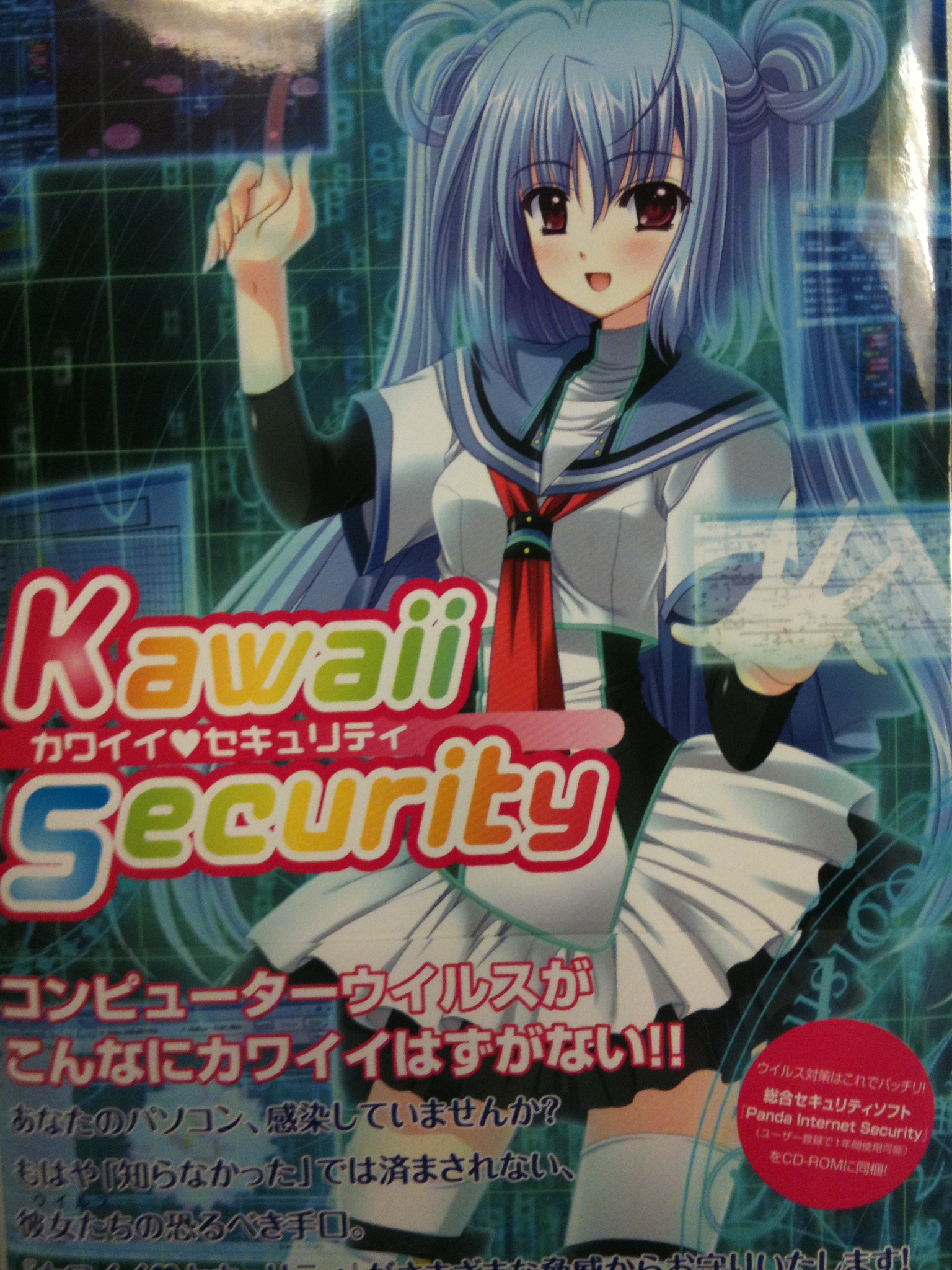 My Japanese is not that good, so I cannot judge the content, but based on the pictures it looks promising 😉 : 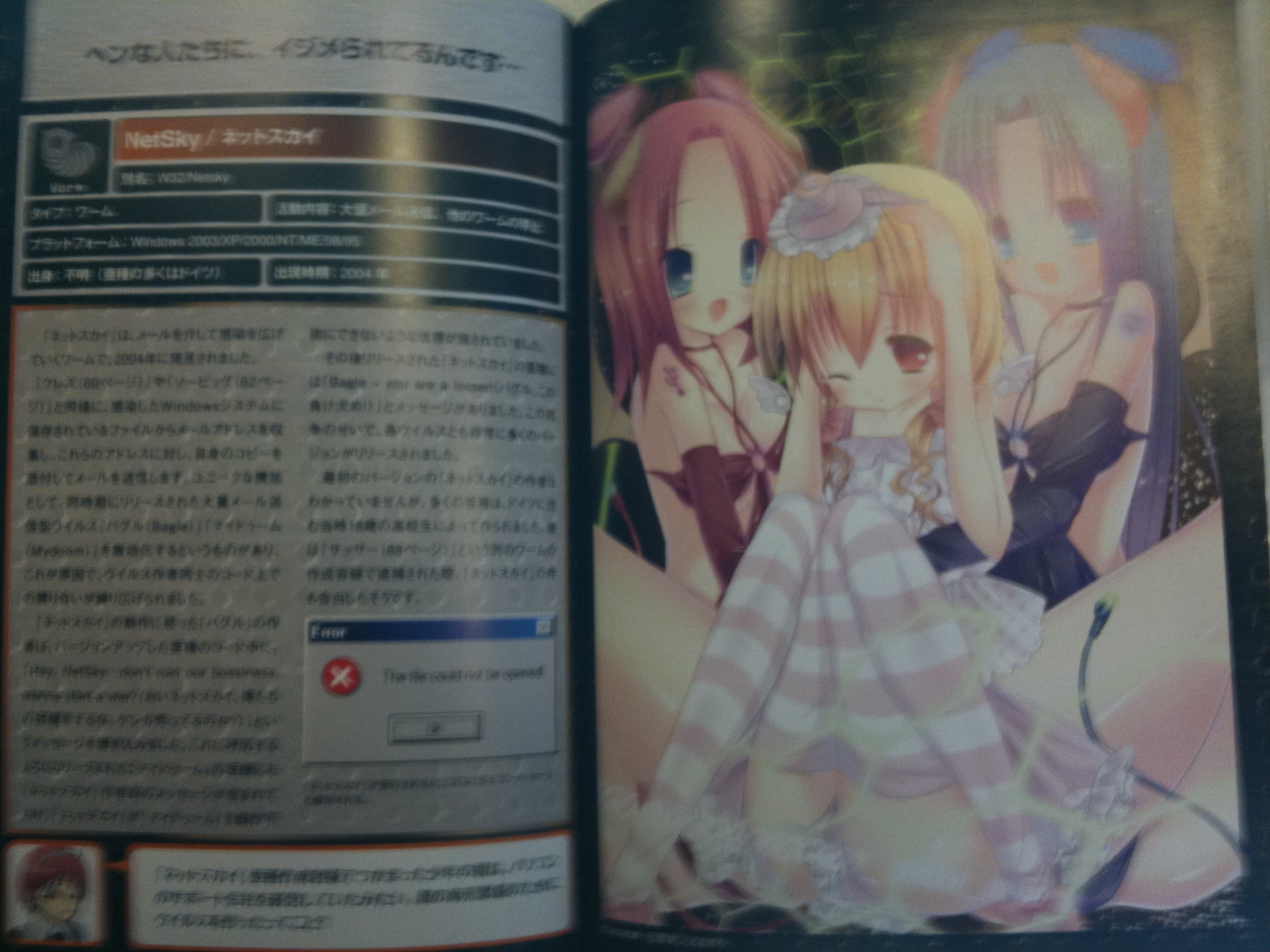 You will find the different threats characterized as girls, as well as some antivirus, such as Panda: I have always said that in computer security education is a must, and this is a great way to do it. You can buy the book at Amazon (only in Japanese.) 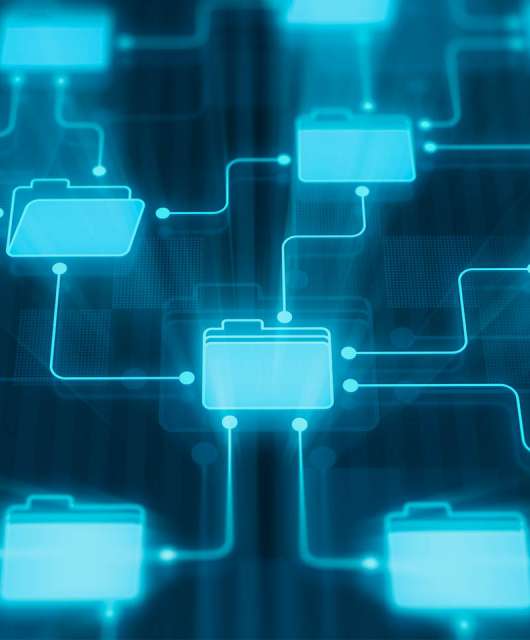