In this post we are going to prepare a cocktail using 4 ingredients.

Weâ€™ve called it MySecuWaloader. Now youâ€™ll find out why.

First of all, put into the cocktail shaker a BlackHat SEO attack together with a sample of rogueware and see the result:

If you search for any the following group of keywords related to the recent UK elections, you can come across malicious websites:

The results displayed can redirect you to web pages from which the fake antivirus detected as Adware/MySecurityEngine can be downloaded.

But, there are still more ingredients to add; letâ€™sÂ  mix a greeting card and another sample of rogueware, and this is the result:

Adware/DesktopSecurity2010, a fake antivirus that passes itself off as a greeting card and that reaches the computer in an email like the following: 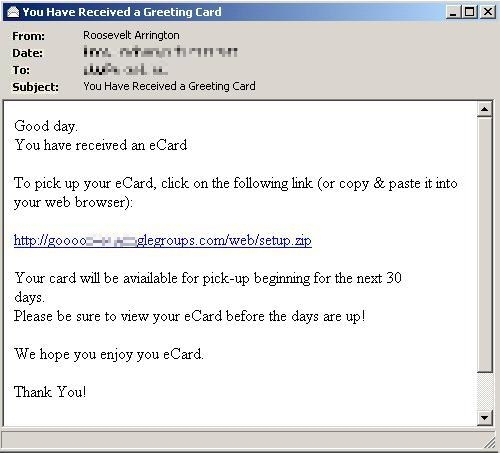 We’ve detected that Adware/DesktopSecurity2010 is using Google Groups users (created with this purpose) to be distributed.

The following are some examples of malicious usernames:

The name of the malicious file is also SETUP.ZIP.

Letâ€™s go on with more ingredients: mix an iTunes gift and a Banker Trojan and weâ€™ll obtain a delicious Sinowal.XAL, designed to steal banking information.

It reaches the computer in an attached file which seems to contain a $50 gift to spend in your iTunes account: 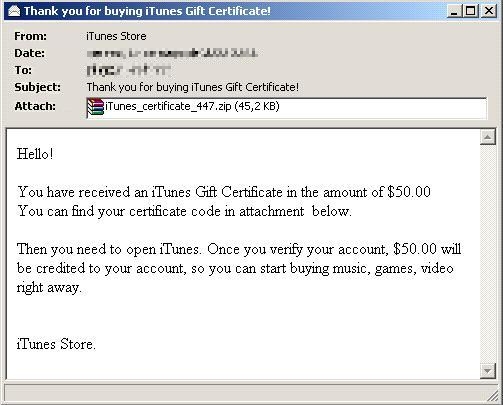 And the last ingredient of this cocktail is a curriculum vitae and a Trojan, mix it and youâ€™ll obtain a Downloader.XPP.

It reaches the computer in a message like the following and once installed in the computer, it starts downloading other samples of malware: 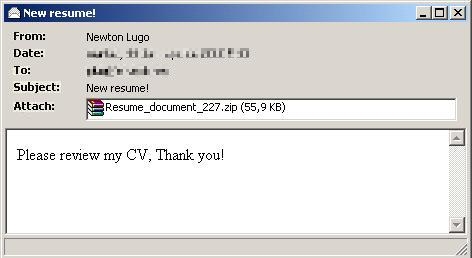 If we shake this cocktail shaker with all these ingredients inside, it will probably explode, so I wonâ€™t do it just in case 😉