PandaLabs, the anti-malware laboratory of Panda Security, has released its 2012 Annual Security Report, which details an extremely interesting year of data theft, social networking attacks and cyber-warfare. According to the report, 31.98 percent of all computers scanned around the world had malware. With the addition of 2012’s numbers, the grand total of all malware samples in PandaLabs’ database has reached approximately 125 million, whereas PandaLabs researchers estimated that at least 27 million new strains of malware had been created in 2012 alone. Trojans continued to account for most of the new threats, as three out of every four new malware strains created in 2012 were Trojans.

These figures show cyber-criminals’ sheer capacity to automate the creation of new malware variants, further evidenced by the average number of new threats created and released every day increasing to 74,000. This malware avalanche can be stopped with Panda Security’s Collective Intelligence technologies,  a cloud-based proprietary system that automatically detects, analyzes and classifies 99.4 percent of all malware received by  PandaLabs.

In 2012, Trojans dominated the threat landscape more than ever before. Three out of every four malware infections were caused by Trojans (76.56 percent), which is up ten points compared to 2011. One of the reasons for this growth is the increased use of exploit kits such as Black Hole, which are capable of exploiting multiple system vulnerabilities to infect computers automatically without user intervention. Viruses came second (8 percent), whereas worms dropped to third place accounting for 6.44 percent of all infections. 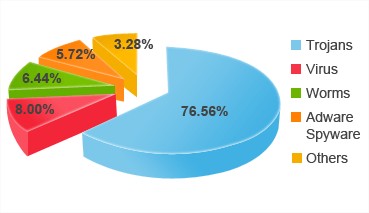 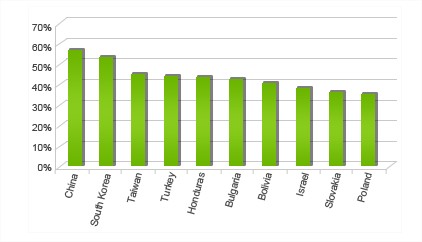 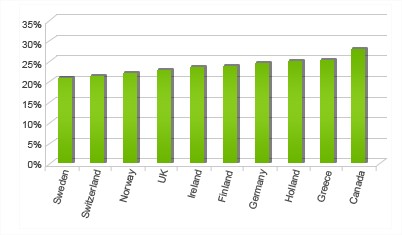 2012: The Year of Mobile Malware and Social Networking Attacks

The report offers a general view of the most important events regarding computer security in 2012. In the mobile phone industry, Android’s market share continued to rise to the point that it has become the platform most frequently targeted for cyber-crooks to steal users’ money and information.

Social networking sites play a vital role in the life of Internet users and are extensively covered in the report.  Facebook and Twitter continue to be among the most popular social media sites, and are exploited by cyber-crooks to trick users, infect their computers and steal their confidential information. Linkedin, a tool that is increasingly becoming a key part of job searches, also suffered a massive breach that led to the theft of 6.5 million user passwords.

Ransomware also grabbed headlines in 2012. The ‘Police Virus’ infected hundreds of thousands of computers around the world, using fear and blackmailing techniques to extort money from computer users.

Besides offering an overview of the most significant events in the computer security field, the 2012 Annual Security Report also forecasts future trends for 2013. Cyber-crime and social media attacks took the spotlight in 2012 and will continue to do so in 2013. Special care will have to be taken to protect networks against operating system and application vulnerabilities, as it has become increasingly common to see cyber-criminals and national intelligence agencies exploiting security flaws to silently compromise systems. In addition, Android users will face a growing number of attacks from cyber-crooks targeting this platform. Cyber-espionage and cyber-war will also be on the rise in a year that presents itself full of challenges in the computer security world.

The full report is available at: https://press.pandasecurity.com/press-room/reports/ and on the PandaLabs blog. 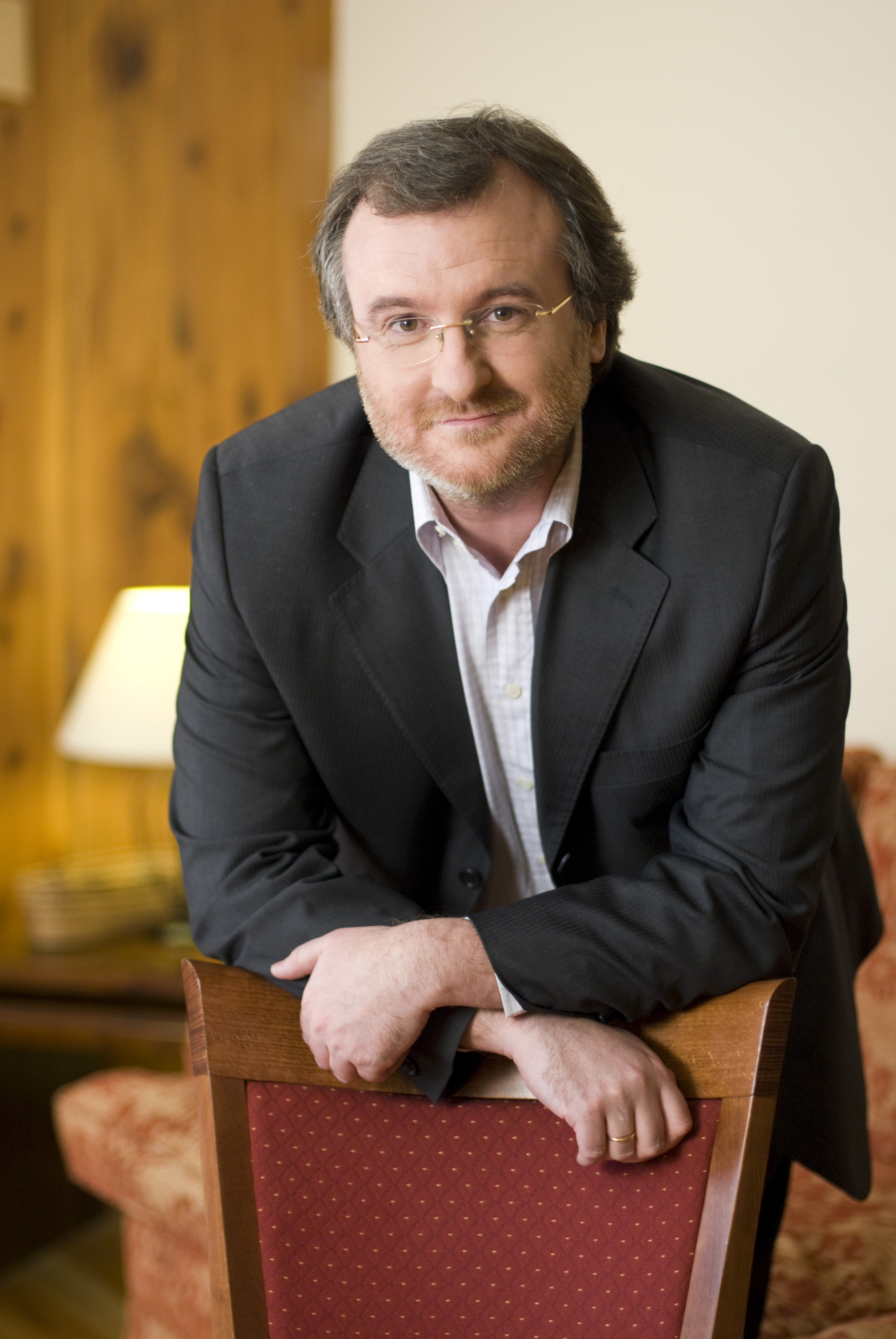 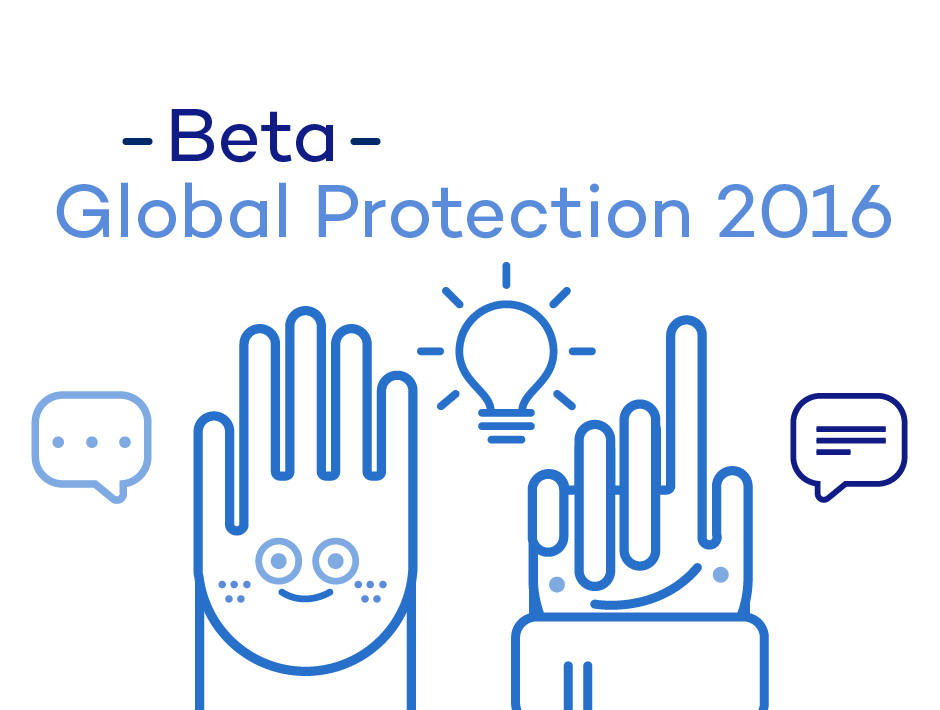 More protection in the Beta version of Global Protection 2016 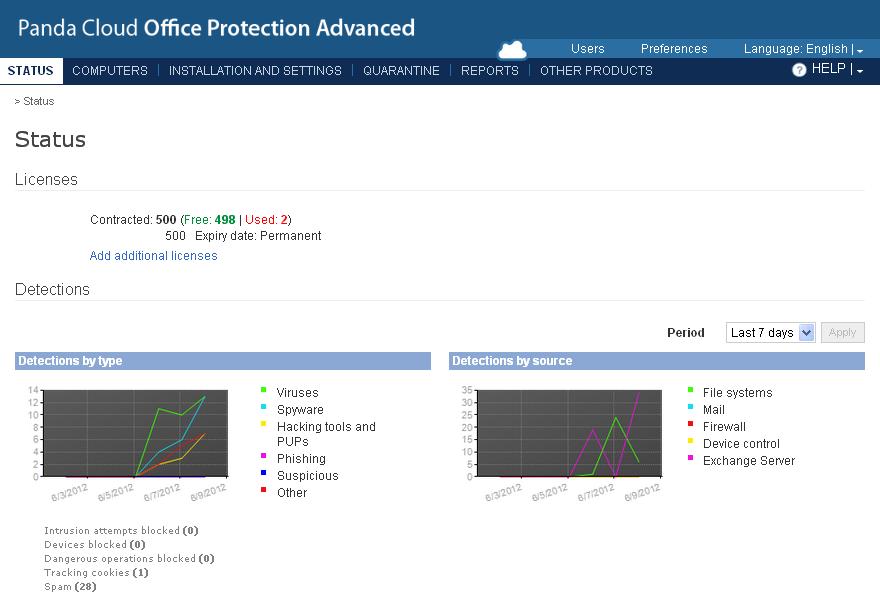