Panda Security, The Cloud Security Company, has released the latest data from the PandaLabs Quarterly Report for the third quarter of the year. The main conclusions of the study include an increase in the malware created compared to the previous quarter, with a total of 20 million new samples created worldwide, and at an average rate of 227,747 new samples every day.

“Over recent months cyber-crime has continued growing. Cyber-crooks are still creating malware in order to infect as many computers as possible and access confidential data”, says Luis Corrons, Technical Director of PandaLabs at Panda Security. “But corporate environments have also come under attack. For example, over the last three months large companies have been the subjects of some scandals, such as the infamous “Celebgate”, in which photos of actresses and models hosted on Apple’s iCloud service were leaked, or the theft of Gmail and Dropbox passwords”.

Trojan infections are up while PUPs are dow

Furthermore, Trojans were again the most malware prolific threat during the period, accounting for 75% of infections, compared to 62.80% in the previous quarter. PUPs are still second in the ranking, representing 14.55% of the total, which is a lower rate than in the second quarter when infections that used this technique amounted to 24.77%. These are followed by adware/spyware (6.88%), worms (2.09%) and viruses (1.48%). 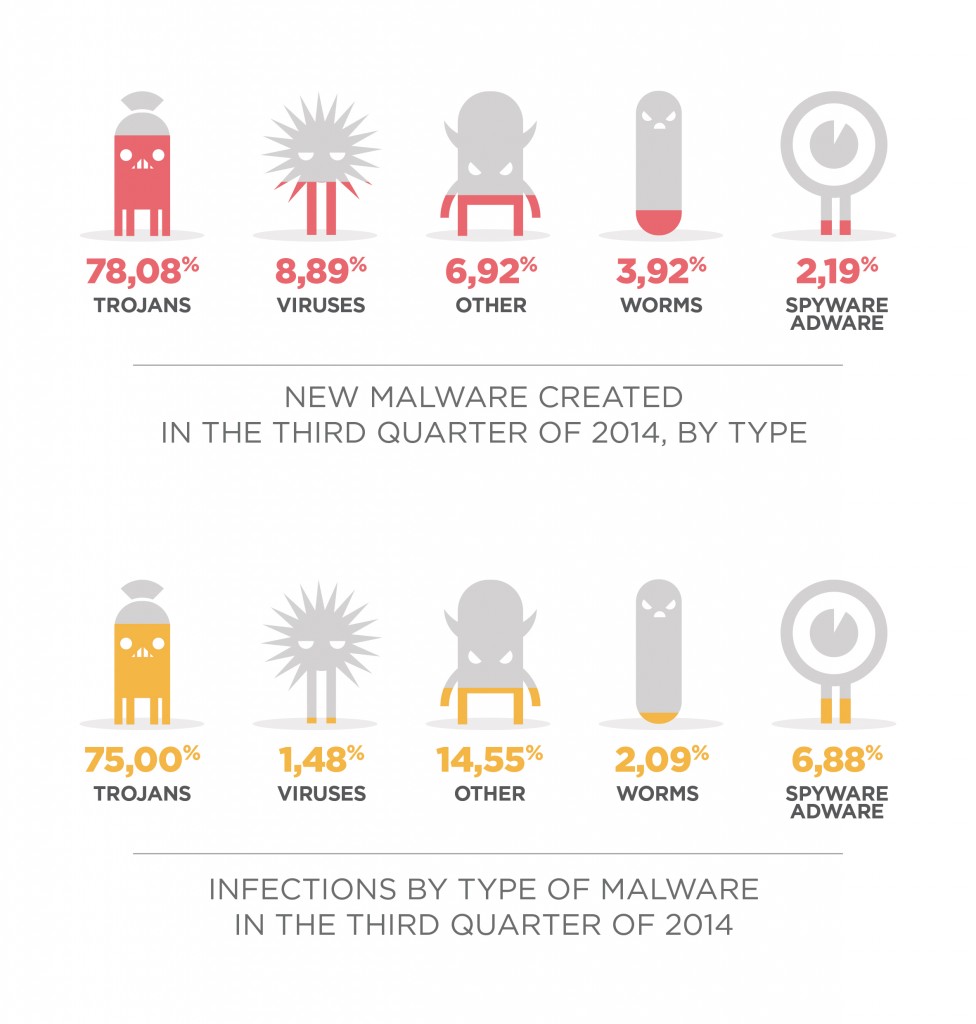 The data recorded for each country shows that China is still at the top, reaching an infection rate of 49.83%, falling for the first time in a long time from 50% of computers infected. China is followed by Peru (42.38%) and Bolivia (42.12%).

As you can see the ranking of countries with the highest infection rate is dominated by Asia and Latin America. 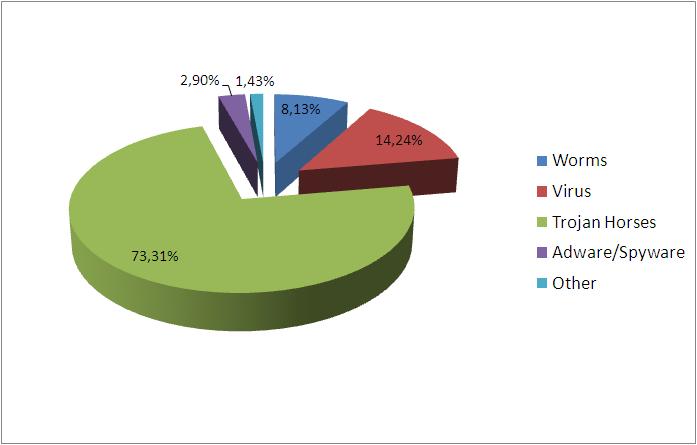