PandaLabs, the laboratory set up by Panda Security, has published its quarterly report where it shows the latest statistics on malware and cyberattacks that have been at the forefront of this year’s second quarter. The creation of new malware samples have broken records in this timeframe.

The world of cybersecurity doesn’t take a moment’s rest and cybercriminals are a constant threat. The number of malware examples continues increasing and shows no sign of stopping, so here we’ll share with you the most important details of this report.

The creation of new types of malware continues to grow, reaching an average of 230,000 new examples every day during the second quarter of 2015. This represents an increase of 2% compared to the first quarter of the year. The figure is alarming and more than 21 million new threats have been generated during these three months. Compared to the same period last year, where there were 160,000 samples, this shows an increase of 43%.

Of the new malware created this quarter, the most popular has been the Trojan, which accounted for 71.16%. This was followed by traditional viruses which made up 10.83%.

If we analyze the infection by type of malware we can see that, logically, the figures are the same as those for newly created malware, except for the category marked others, whose percentage is higher by a significant margin. Trojans continue to be the main cause of infection, with 76.25% of all users infected by them.

Asia and Latin America show a higher rate of infection

Cybercrime is the order of the day

Among the main threats that were collected in the study, the use of Cryptolocker was highlighted as being used to infect both private users and businesses.

In the case of private users, cybercriminals have begun to reuse an old technique that was first used over 20 years ago. It consists of infecting the victim via the macros in Office documents, mainly Word. One such example which was discovered by PandaLabs was a Word document containing a blurred image. At the top of the document in bold capital letters there was a message that indicated that the image was blurred for security reasons. If the user wanted access to the information then they had to enable the macros, with an arrow pointing to the button to be pressed. Once enabled, it showed you the clear image while simultaneously infecting you with a type of Cryptolocker.

In this quarter we have seen some of these notable cyberattacks on businesses:

In the second quarter, attacks focused on mobile devices were popular among hackers. WhatsApp is a popular way to attract and try to infect users with a trick called WhatsApp Trendy Blue. It passes itself off as a “new version” of the application with extra features when, in reality, the only thing it does is sign the user up to an expensive billing service.

These are just some of the important cases that we have seen this quarter. More than ever, businesses need to be prepared for this massive avalanche of information theft. They need to reinforce their systems and security solutions, and understand that a simple antivirus is no longer enough to safely protect themselves from an attack. Preventing attacks is the best way to combat them, as the costs associated with an attack put the stability and existence of businesses at risk. 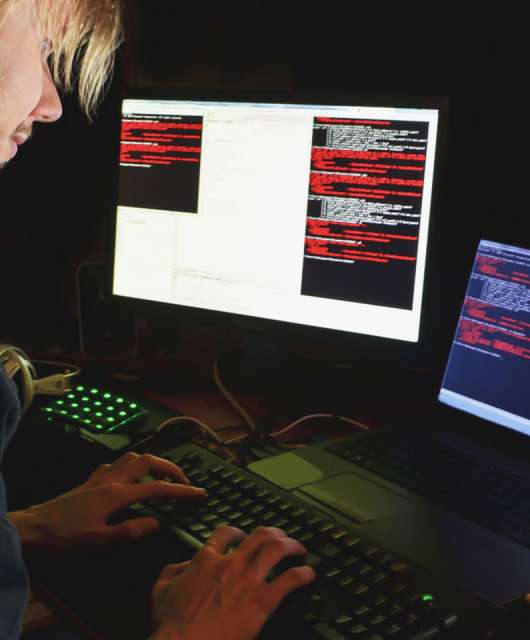