Our colleagues at PandaLabs have detected a new strain of ransomware: Trj/RansomCrypt.B. Known as CTB-Locker, what is different about this example is that if you pay, you can access all the locked files.

This type of malware normally reaches users via email, convincing the user that it’s a legitimate message and getting them to run the file. When run, the malware encrypts image files and documents on the victim’s computer and changes the desktop wallpaper for the following image. It also creates a text file with the same information.

However, if you have any of our Internet security software, you can rest assured, as Panda Security detects and blocks this threat. 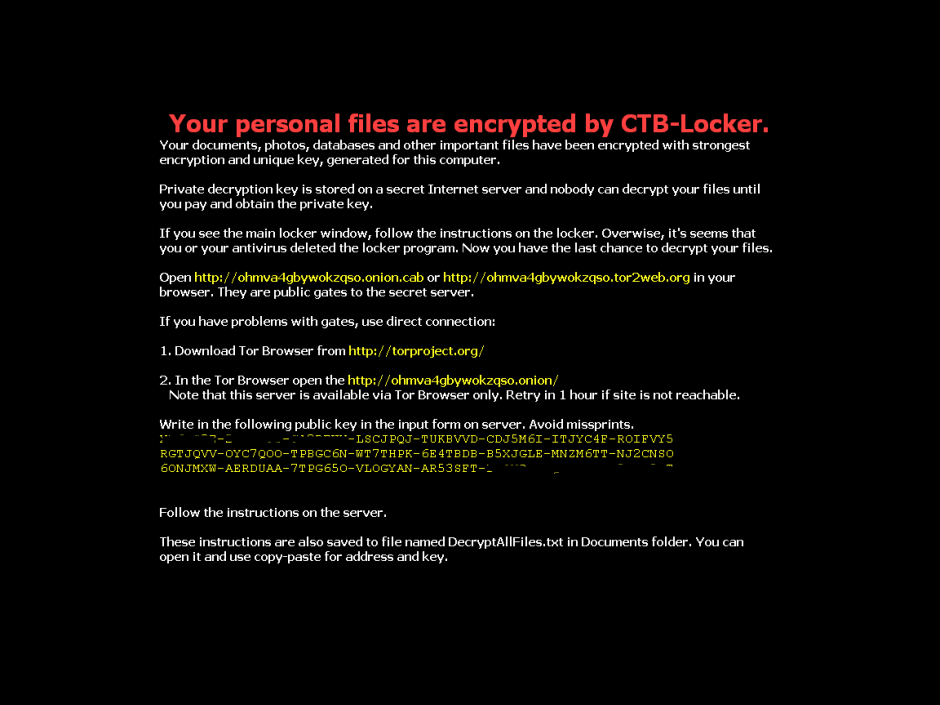 The following screen then appears, demanding a ransom before the specified time. If the ransom is not paid in time, the amount of money demanded increases. 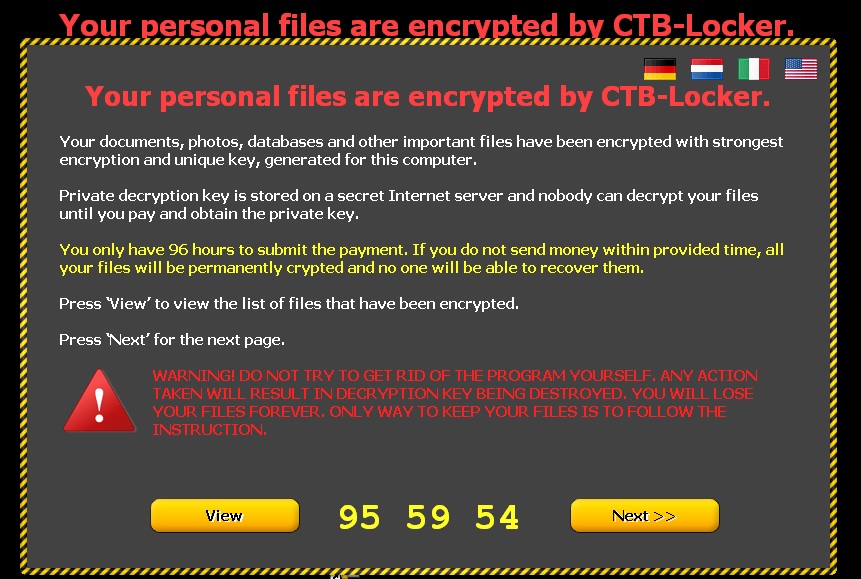 Clicking ‘Next’ leads to the following window informing victims that if they pay, the files will be unlocked. To demonstrate that this is true, five documents are released. 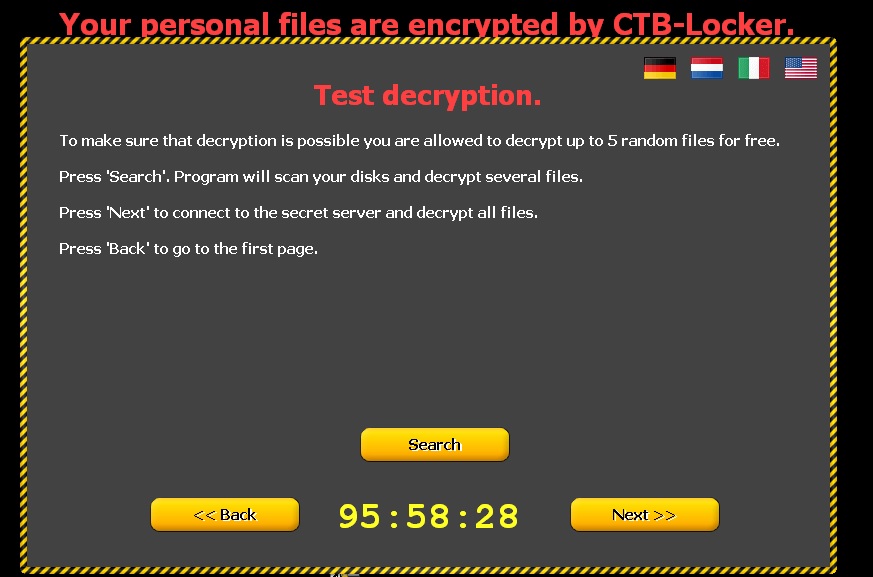 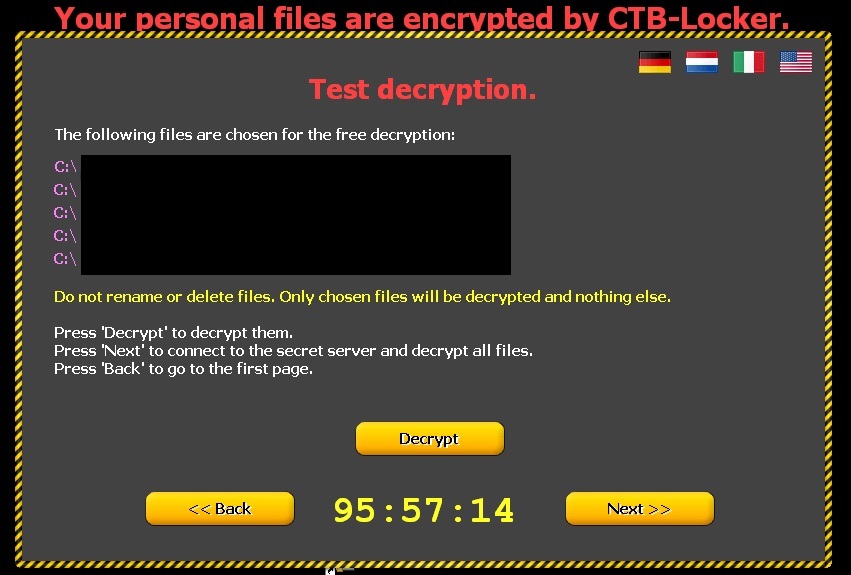 How to avoid Ransomware?

Make sure you have antivirus software installed and up-to-date. 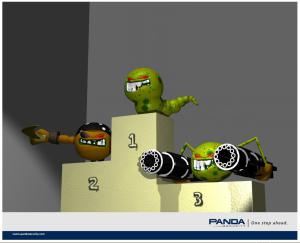