Are the Biometric security systems safe?

Back in June, the Department of Homeland Security (DHS) released a privacy impact assessment update for the Traveler Verification Service (TVS). The update is aimed at international travelers and reveals further developments and expanding on the biometric entry-exit airport system throughout the US. Intended to improve security and ease boarding time, DHS and Customs and Border Protection (CBP) began implementing a face recognition technology on every person boarding an international flight. Similar to the fictional technology shown in the TV show Person of Interest, CBP partnering with commercial air carriers are now capturing facial images of individuals exiting the US, and those images are matched with pictures of previously captured photos of the same people. Once the technology becomes a standard, we may no longer have to show our passes to the airport staff before we board a plane.

Currently, there are at least five international airports in the US with such devices in place. The airports are in Houston, Washington D.C., Atlanta, Chicago and Las Vegas. There is no public information about the success rate of the new system, but CBP hopes for an accuracy rate of at least 96%. Travelers are informed about the procedure through airport announcements as well as signs stating ‘The airline of choice is collecting facial images and sharing them with the CBP to verify each traveler’s identity and to create a record of departure from the US.’

What about US citizens?

When released, the news immediately became viral as the update confirmed the new safety measure would be partially implemented towards US citizens too. The update highlights the fact that images of US citizens will not be stored for the future and the data will be used solely for verification purposes and will be deleted by the end of the flight. However, during ConectID back in May, John Wagner, deputy assistant commissioner at CBP said that even though they are not planning on storing biometric tracking information of US citizens, exceptions might be made as long as the right privacy approvals are obtained. So briefly, it is possible facial scans of exit travelers, that include US citizens, to be stored for the future.

Why is the government spending hundreds of millions of dollars on the new face recognition technology?

According to the New York Times, there is no tax payers’ money involved, as the technology is funded by visa fee surcharges of up to $1 billion expected to be collected over the next ten years. One of President Trump’s campaign promises was to support DHS and CPB in their fight against illegal immigration to the US. You may wonder why President Trump would sign a bill about the exiting travelers? Apparently, the majority of undocumented immigrants in the US come to the US as legal visa holders but then remain in the US undocumented. The new technology hopes that it will help tackle the problem with non-immigrants who overstay their visits in the US.

How is this affecting you as a US citizen?

If you are a US citizen, as a matter of law, government agencies cannot spy on you. They may monitor your behavior, but technically it is not considered spying as they are executing such monitoring to keep the US safe. Government agencies such as DHS, CBP, CIA, and NSA are in place to defend US interests. There is no doubt in the intentions of the government agencies. However, things get horribly wrong when the information gets stolen, or when a public body employee with access to highly classified information decides to make a career as a whistleblower.

As we have seen with documents released by WikiLeaks and Michael Snowden, sometimes leaks happen, and sensitive personal information ends in the hands of the people who are not supposed to have it. Even though WikiLeaks editor-in-chief Julian Assange often says leaks do not pose a real risk to soldiers or civilians, this is not always the case as sensitive information is known to have been used against the US interests. Leaks such as Vault 7, confirm the fact that hacking tools and information stolen from US government agencies have been and could be again used against US citizens. Same goes for biometric information.

Facial recognition is becoming part of our lives as it is rumored the next version of iPhone will join the family of smartphones with this feature. We sincerely hope the images will be securely kept and air travel service providers will be heavily regulated not to store passenger’s biometric information. As you can imagine, there will be serious repercussions if such information ends up in the wrong hands and suddenly phones become easily hackable. The last thing we want is for hackers to have access to a database that contains information about traveling fellow Americans. 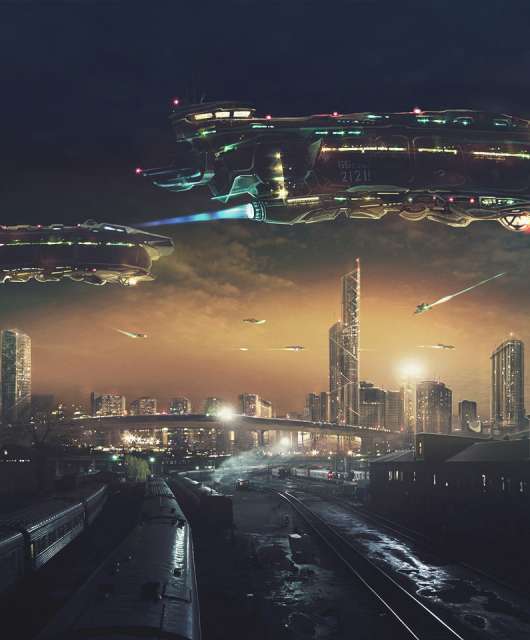