The full firewall included in this beta version is a smart community-based firewall which will automatically assign inbound and outbound communication privileges to processes. The automatic assignment is performed depending on its risk assessment as well as the direction of the communication which is being initiated. So if an OUTBOUND connection is being made by a Secure or Low Risk process, the process is allowed to communicate automatically. Alternatively if a process is deemed riskier, a prompt will ask the user to choose whether to allow or block the communication. A similar although stricter approach is used for INBOUND connections. 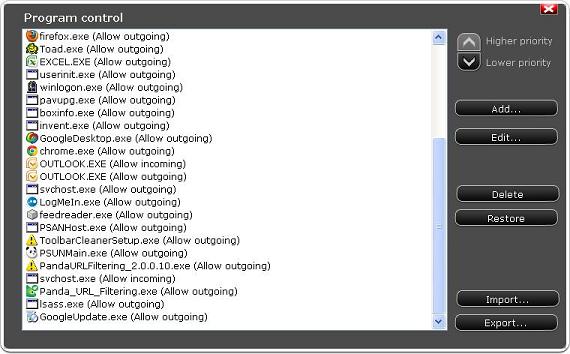 The risk assessment of executed processes is shown in the Process Monitor window of the main GUI as shown in the first picture of this blog post. This is calculated automatically based on many different conditions, such as safe lists, digital signatures, telemetry and prevalence, automated analysis of processes, etc.

However users can also manually manage the firewall rules by adding new ones, editing, deleting, importing and exporting rules and prioritizing certain rules over others. This is easily done from the Program Control window under the firewall tab of the main GUI as shown in the next picture. 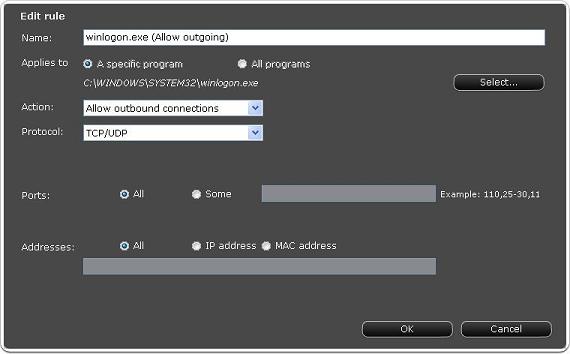 Finally there’s also a lot of improvements in the antivirus part of the program, as always targeted at making Panda Cloud Antivirus even lighter and faster, as well as a usual batch of bug fixes. The full changelog can be seen below.

Again thanks to the more than 16.000 beta testers so far who are helping us create a really stable Panda Cloud Antivirus 2.0. Please test this new beta version as much as possible and don’t forget to report back.