For most people, smartphones and tablets are now essential to managing our lives. They allow us to shop, pay bills, manage accounts and communicate with the rest of the world. With so much valuable personal data available, our mobile devices are an extremely attractive targets for hackers.

Unsurprisingly, this has led to a rise in malware that attacks Android smartphones. More surprising is how hackers are getting their malware onto devices.

A large study into Android malware found that the number one source of infections was actually the Google Play app store itself. Researchers from the IMDEA Software Institute in Madrid discovered 87% of all infections are made through apparently legitimate downloads direct from Google.

And although third party “unofficial” app stores have a bad reputation for spreading infected software, they account for less than 6% of all infections.

Is this as bad as it sounds?

This is clearly a disturbing discovery – but the statistics need some context. The Google Play store delivers millions of perfectly safe downloads every year and just 0.6% contain malware. That is still thousands of annual infections, but the chances of becoming a victim are relatively small.

It’s also important to note that Google does perform some basic testing of every app to help reduce the amount of malware that makes its way into the store. Nevertheless, you should still take steps to better protect yourself.

You may not be able to detect malware-infected apps before they are installed, but you must have a way to remove them. Installing Android Antivirus allows you to scan your smartphone to detect infections. As an added bonus, Panda’s anti-malware will also check for apps that may be leaking or sharing personal data without your knowledge.

Android Antivirus will then help you to remove infected apps quickly and easily.

Use a VPN to block suspicious web downloads

Hackers will often build and submit apps that are completely malware-free. But once installed, these apps will download and install malware from another site.

But you can reduce this risk by configuring your devices to use an Android VPN. The VPN filters all of your internet traffic, blocking suspicious network activity from infected / compromised apps. So you can surf the web – and download apps – safely without risking an infection.

The final, most drastic option is to switch away from Android completely. Apple devices have a far lower malware infection rate, keeping their users much safer.

However, Apple devices are significantly more expensive. iPhones, iPads and associated accessories cost much more than Android equivalents – and you will have to replace all your paid-for apps too.  And despite their stronger security measures, they can still become infected – which means that you should still use a Premium VPN to protect yourself.

Ultimately you must ask yourself – do I really need to switch away from Android, or will the extremely effective safeguards outlined here protect you against the very small risk of malware infection?

You can find out more about Android malware in our article, Should I Install an Antivirus on my Smartphone or Android Tablet? 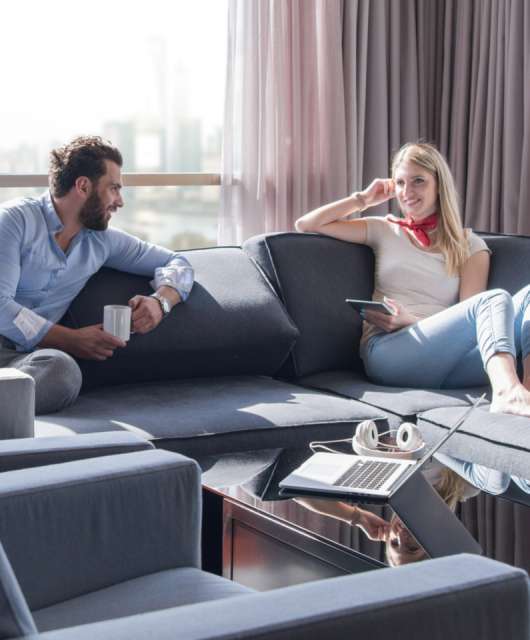